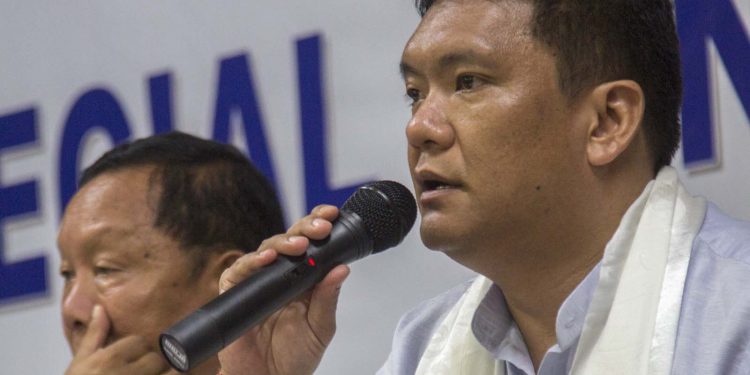 Arunachal Pradesh chief minister Pema Khandu said his government would give its best for development of all sports in the State.

Khandu said this when 16 kickboxers from Arunachal, under the banner of Kickboxing Association of Arunachal (KAA), called on him on Thursday.

The chief minister lauded the KAA’s contribution in development of kickboxing in the State.

He also lauded the achievements of the players, who brought laurels to the State in various national and international championships.

The chief minister extended his best wishes to the players from Arunachal, who will be participating in the Wako Indian Open International Kickboxing Tournament-2020 slated to be held in New Delhi from 9 to 13 February.

The KAA during the meeting gave away appreciation letter to the chief minister and also presented him a kickboxing Jersey of the association.