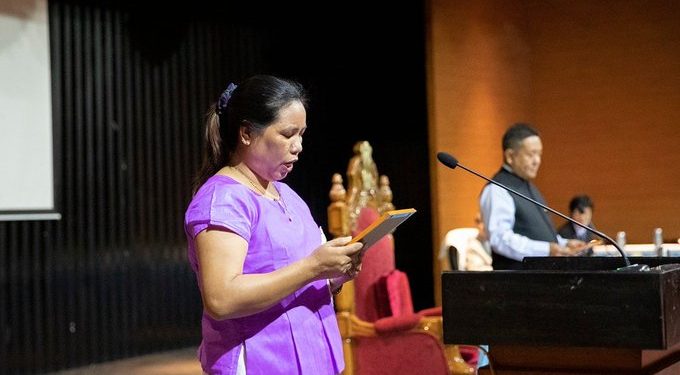 Assembly Speaker Passang Dorjee Sona administered the oath of office to Aboh at Dorjee Khandu Auditorium in the Assembly Secretariat in Itanagar.

She defeated her nearest rival Azet Homtok by a margin of 1887 votes.

The bye-election to the Khonsa West constituency was necessitated after sitting MLA Tirong Aboh was killed by NSCN rebels in Tirap district on May 21 this year.