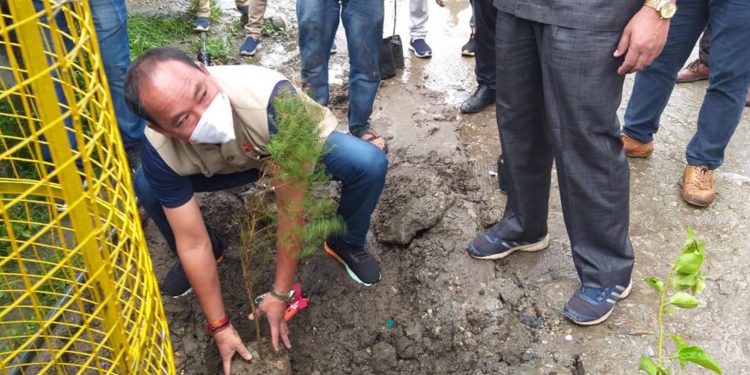 The campaign aims at making Seppa, the district headquarters of East Kameng district, a clean, green and colourful town.

Launching the campaign by planting a tree, Natung appreciated the district administration for the novel initiative and exhorted all to work with the same zeal in nurturing and protecting the tree saplings planted on the day to achieve the true goal of the mission.

He appreciated all for their unrelenting support and participation and urged them to carry out the noble task in mission mode and spread wide awareness among the masses about the benefits of keeping one’s surroundings clean and green.

Further terming Arunachal Pradesh as the lungs of the nation in terms of its vast forest cover, the minister exhorted all to say no to “setting forests on fire and urged them to raise their voice against the wanton destruction of forests.”

Earlier, as a part of the mission, all shops in and around the Seppa Township were painted with different shades of mesmerizing and enthralling colours.