All state govt offices in Arunachal to start functioning as e-offices: CM 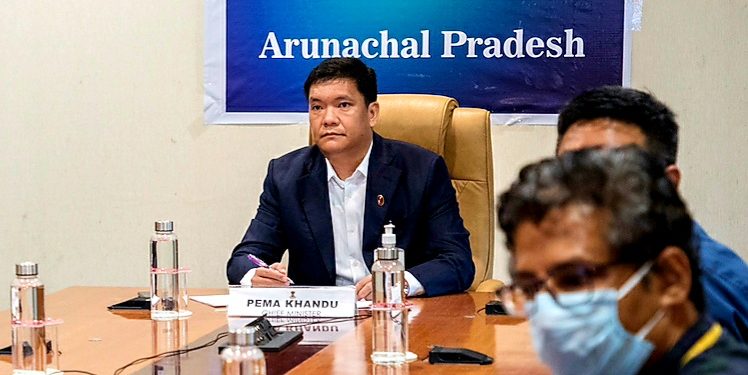 Arunachal Pradesh chief minister Pema Khandu on Friday announced that all offices of the state government including those in the districts will start functioning as e-offices by 2022.

Joining an online workshop on e-Office for North Eastern states here this afternoon, Khandu said that the process for digitalization of governance in the state began in 2016 following a Cabinet decision.

This, Khandu said has been appreciated by the people as transparency and accountability of the departments has been made possible.

“Taking cue from our Prime Minister’s call for Digital India, we have already rolled out e-Office since August 2016. When India celebrates its 75th Independence Day in 2022, we hope to enroll all departments on digital platform,” Khandu said during the workshop chaired by DoNER Minister Dr Jitendra Singh.

The chief minister welcomed the initiative of the DoNER Ministry to push e-Office in the North East and asserted it is the only way out to curb corruption and red-tapism in governance.

He further said with global pandemic due to Covid-19, effort should be on to minimize the human to human interface as far as possible to contain the spread of virus.

He further stressed on universalisation of use of e-Office across the state in all offices in a concerted manner.

Khandu, however, requested consideration of high implementing cost per user and other inevitable costs required towards implementation of e-Office by Govt of India.

He drew attention of the ministry towards the difficult terrains and extreme weather conditions of the region that hampers network connectivity especially in rural areas.

Highlighting the steps taken by the state government in rolling out e-Offices, the chief minister informed that as on date, 11 offices under the State Civil Secretariat and 5 other govt establishments have been on-boarded.

More than 1000 officers and officials of Civil Secretariat have been trained to use the E-Office.