A separate airport for Siang belt will be worked out soon: CM 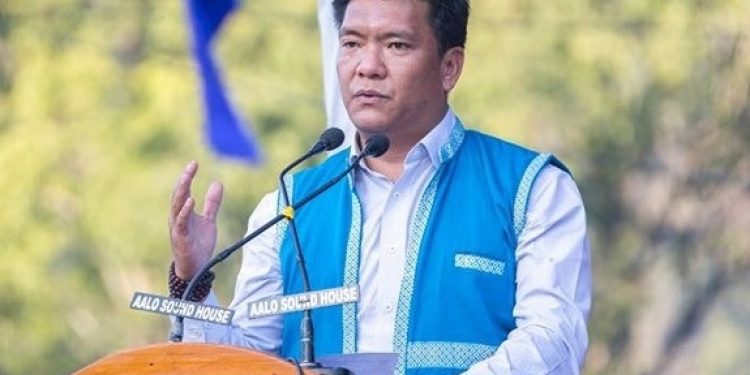 Chief Minister Pema Khandu on Saturday said the State government is determined to demolish the institutions of corruption that has existed for long in the system.

Addressing a large gathering at Pobdi village in West Siang district after inaugurating the third leg of Arunachal Rising Campaign, Khandu said his government is always focused on its performance and on being accountable.

“I have to report to the Prime Minister’s office on my government’s performance and on any shortcomings that has to be improved in every two months,” Khandu said.

The chief minister said since attainment of statehood, Arunachal Pradesh has never seen government coming so close to the people as we see today.

“Due to rigorous campaigns unleashed by the state government, people are becoming more aware about the schemes and policies of the government and coming forward to avail its benefit in large numbers,” Khandu said.

He said under Sarkar Aapke Dwar camps, it is now the government offices that are reaching to people at their doorstep and not the other way round.

The chief minister informed the gathering that two important projects related to connectivity – an all-weather road from Nyorak PMGSY road to Kodum-Nikte circle office headquarters and a 2-lane road from Nigmoi to Aalo has been dedicated to the people.

He said several big connectivity projects under central scheme are being launched in the State.

“Pradhan Mantri Gram Sadak Yojana (PMGSY) projects worth Rs 440 crore are being executed in the State and once the fund is used, another Rs 600 crore projects of roads are waiting to be immediately sanctioned,” Khandu said.

Speaking on development issues of the area, the chief minister a separate airport for Siang belt will be worked out soon and promised to create a divisional commissioner (Central) by this year.

He informed that road from Aalo DRDA office to Darka of Rs 10 crore has received immediate approval at RE stage.

Khandu also informed the science stream for Donyi Polo Govt College in Kamki has been implemented and post graduate courses would also start from this year.