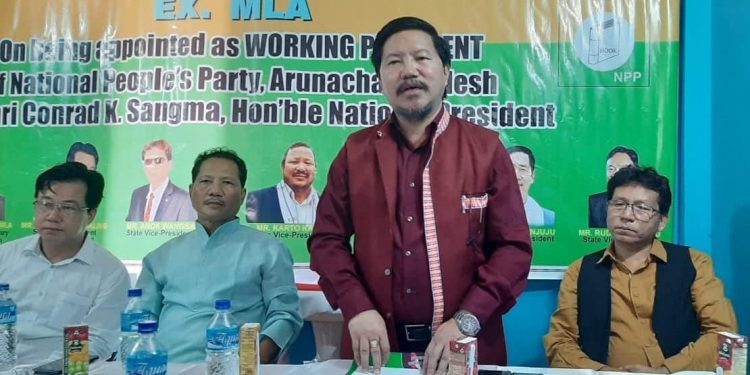 Pani Taram (standing) at the meeting.

Addressing the party leaders and workers, Taram, in his speech said that he would extend all possible contribution and cooperation to strengthen the party in the State and live up to all responsibilities given to him by his president.

Earlier, outgoing state president Gicho Kabak in his address, expressed hope that the new president would carry out the responsibly given to him with full dedication.

He handed over the appointment letter to Taram.

Kabak expressed hope that Taram would take the NPP to newer heights in Arunachal Pradesh.

Kabak also highlighted the achievements of the party in the State within the past two years.