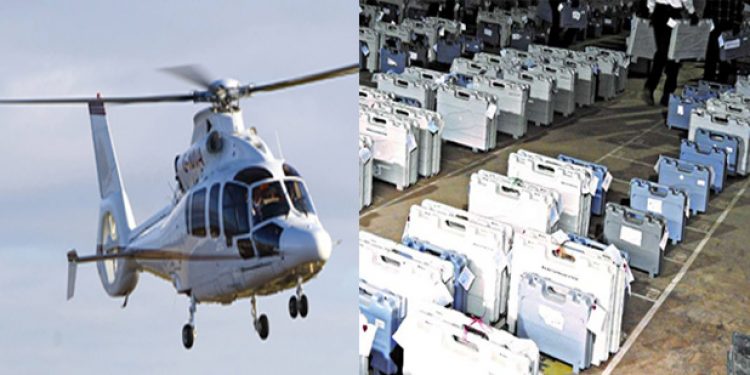 In a sensational incident, huge cache of explosives have been recovered at the helipad where the helicopter carrying the EVMs of the re-polling at 17 polling booths.

The incident took place at Koloriang in the western part of Arunachal Pradesh.

Notably, controversies surrounding Electronic Voting Machines (EVMs) have taken the centre-stage of the political arena of the Northeast after completion of the three phases of Lok Sabha elections for the 25 parliamentary seats in the region.

Even as the controversy regarding transporting ‘unused’ EVMs from Tezpur to Amingaon in Guwahati on Sunday night is still hogging media headlines, this murky incident revolving around EVMs that has surfaced in Arunachal Pradesh is bound to create ripples in the political scene.

Locals have alleged that the explosives were planted at the helipad with the nefarious design of blowing up the chopper along with the EVMs.

Immediately after the recovery of the explosives, agitated locals gheroed the office of the superintendent of police of Kurung Kumey district and demanded an inquiry into the whole incident.