Employees are like engine of government and if they fail, the whole machinery will fail, asserts Arunachal Pradesh chief minister Pema Khandu 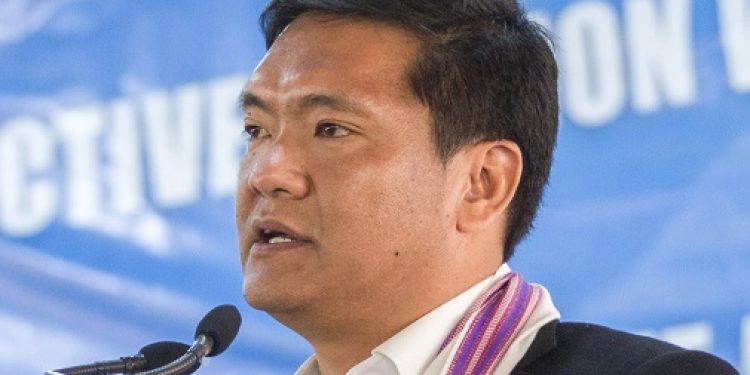 Arunachal Pradesh chief minister Pema Khandu on Tuesday said that his government will take all possible measures for the welfare of its employees and all the demands that they have put forward would be gradually fulfilled.

The chief minister said the objective of the interactive session was to thank the government employees for their yeoman service and to accord due recognition to them.

Accordingly he handed over letter of appreciation including cash prizes to 99 awardees that comprised of government employees from different departments and civil secretariat in recognition of their meritorious service to the Government of Arunachal Pradesh.

The chief minister on the occasion also elaborated the measures taken by the State Government for its employees such as tough location allowance, enhancement of retirement age, implementation of seventh Central Pay Commission and other welfare initiatives.

Earlier, the chief minister launched the execution of satellite based monitoring and geo-tagging portal for all projects executed under the State government and laid foundation for the Zen Garden at Civil Secretariat.

Congratulating the departments of finance and planning and remote sensing for successful execution of the project, he said satellite monitoring would bring transparency, better accountability, check corruption and enable effective quick decision-making.

Chief secretary Satya Gopal in his welcome note called upon all the government employees to work tirelessly in public interest until the goal of inclusive growth and development is achieved.

Among others Cabinet ministers Bamang Felix and Kamlung Mossang and DGP S B K Singh were present on the occasion.