Cheda will be contesting the 2019 general elections from the Chayangtajo constituency under East Kameng district, which is currently represented by two time incumbent MLA Karya Bagang 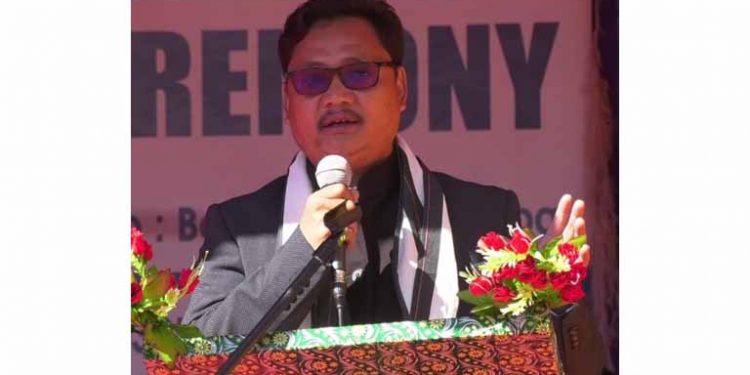 After giving voice to the unheard as a media person for almost a decade, former Arunachal Press Club president, Chopa Cheda on Friday formally announced his foray into active politics and become their voice himself.

Cheda will be contesting the 2019 general elections from the Chayangtajo constituency under East Kameng district, which is currently represented by two time incumbent MLA Karya Bagang.

Addressing a large gathering at the Bebo Colony here, Cheda in his MLA candidature declaration speech underscored the need to change the political scenario and “re-define the responsibilities of an MLA” towards his or her area and people.

Calling upon the people to shun money culture in politics, Cheda said it is due to such practice that the MLA position is being contested to earn rather than serve.

Commenting on why he entered politics, Cheda said “The press can give voice to the common public and facilitate justice but a legislator has the power and resource to directly address their grievances. “

On the issue of organizing today’s event at Seppa instead of Chayangtajo, Cheda said,

“We could have organized today’s event at Pipu, Chayangtajo, Gyawepurang, or Seba but there is no proper road or electricity.”

Meanwhile, speaking to media persons, the locals said that Friday’s declaration was not by Cheda’s choice but by the demand of the public. They expressed confidence that Cheda can lead them and bring about development in the constituency as a whole.