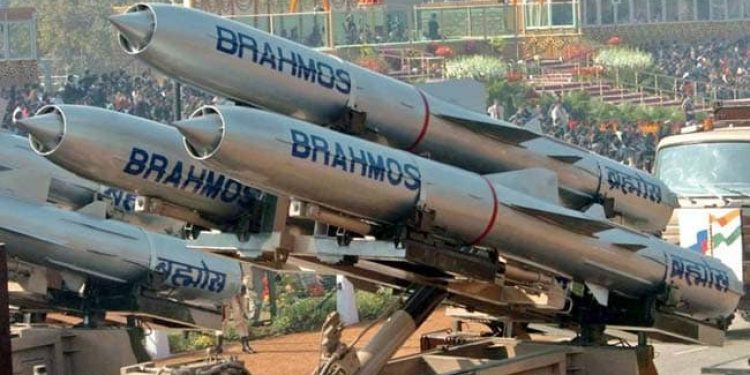 Bramos (Image for representational purpose only)

A specially raised unit of the Eastern Command responsible for the China border has “validated the deep penetration capability” of the BrahMos supersonic cruise missile “as part of joint training by Indian Army, Indian Navy and Indian Air Force”.

The army says that the test was conducted on 22 May, the day when the Indian Air Force also test-fired an air launched version of the missile from its frontline Su-30MKI fighter jet.

“The launch of the BrahMos missile involved coordination with large number of agencies for a successful and smooth conduct of firing. It was a cohesive effort of all three services demonstrating high standards of Inter Service Synergy,” the army said.

The test validated the capability of the jointly Indo-Russia developed missile’s accurate engagement of targets in depth.

“[The] BrahMos missile has by now established itself as a major ‘Force Multiplier’ in modern day battlefield with impeccable multi role and multi-platform launch capabilities furthering the confidence amongst our troops”, the army statement read.

In 2018, the Indian government approved another regiment of 100 BrahMos missiles for the region. The step invited a sharp reaction from the Chinese military, which warned not to make such decisions and asked to “do more for peace and stability in the border region rather than contrary”.

The BrahMos — a portmanteau of Brahmaputra and Moscow—is a missile that has been jointly developed and produced by Russia and India since 1998. BrahMos missiles can be launched from all platforms, from warships and submarines, as well as from aircraft and land-based launchers.