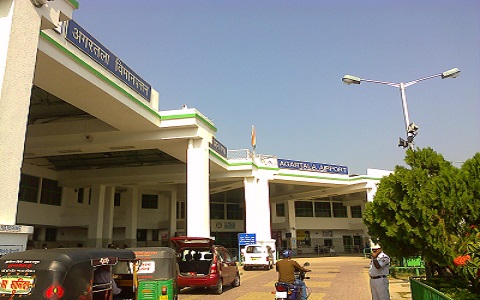 The Agartala airport is set to become the third international airport in the Northeast by the end of this year or by early 2020.

Tripura transport and tourism minister Pranajit Singha Roy said that the Airport Authority of India (AAI) has informed that their ongoing works to make Agartala’s Maharaja Bir Bikram (MBB) Airport as an international one would be completed by this year end.

If the works are hampered due to the monsoon season or any other factor, then the declaration would be made by early 2020.

The AAI had undertaken a Rs 438 crore project to upgrade the Agartala airport to international standards by providing world-class facilities.

The Minister added the budgeted expenditure of Rs 438 crore is expected to be escalated.

“However, our government constantly asking the AAI to complete the works early and maintain the stipulated standards,” he said.

Chief minister Biplab Kumar Deb also recently discussed with the Civil Aviation Minister in New Delhi about the upgradation of the Agartala airport, which was built in 1942 by then King Maharaja Bir Bikram Kishore Manikya Bahadur.

According to an official of the Chief Minister’s Office, Union Civil Aviation Minister Raj Kumar Singh responded positively when Deb requested him to expedite the works.

The airport in Agartala is the second busiest in the northeast after Guwahati’s Lokpriya Gopinath Bordoloi International Airport.

The Imphal airport was declared as an international one two years ago.