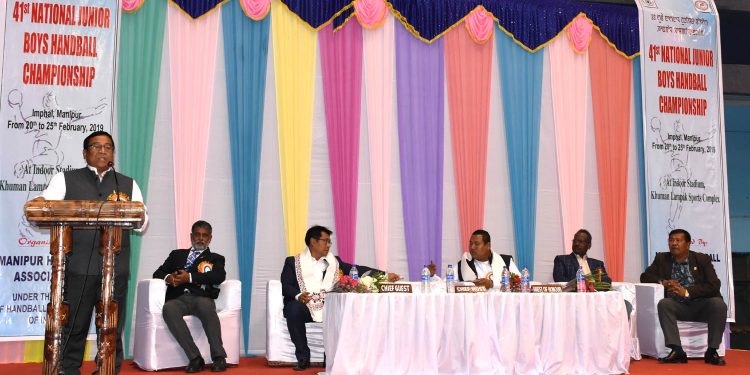 The 41st National Junior Boys Handball Championship 2019 began at the Indoor Stadium of Khuman Lampak Sports Complex in Imphal of Manipur on Wednesday.

Around 500 boys from 28 states and two sports academy are participating in the six-day long championship has been organized by the Manipur Handball Association under the aegis of the Handball Federation of India.

Four states from the Northeast including Assam, host state Manipur, Nagaland and Tripura are taking part in the championship.

In his speech, Susindro welcomed the participants and lauded the organizing committee of the championship for organizing the event at Imphal. He further asked the organizers to inform in case of any requirement.