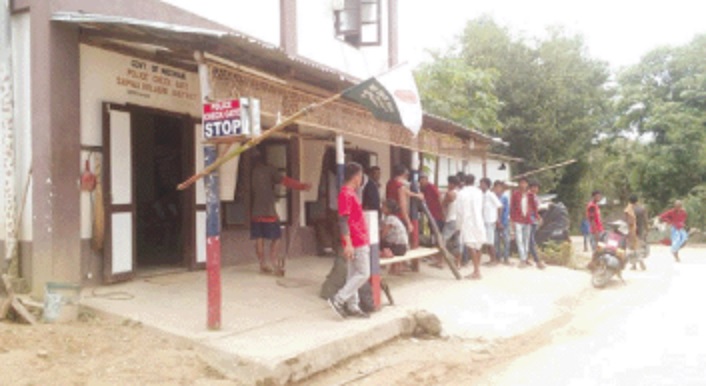 Mizo Zirlai Pawl (MZP), the apex students’ body of Mizoram has claimed that over 200 suspected illegal immigrants have been detected by its volunteers at border check posts since the final draft of National Register of Citizens (NRC) was published in Assam.

Ramdinliana Renthlei, president of MZP said that the students’ body has been launching drives against illegal immigrants since August 17 and began checking people entering Mizoram from neighbouring states at border check points in Bairabi, Saiphai and Vairengte.

At least 233 non-locals suspected to be illegal immigrants were detected and prevented from entering Mizoram during mass checking drives on Tuesday and Wednesday at Bairabi, Saiphai and Vairengte, he said.

According to him, 137 suspected illegal immigrants were apprehended in Vairengte during the last two days, while 71 have been held in Saiphai and 25 in Bairabi.

Renthlei further claimed that all the apprehended were suspected to be Bangladeshis, whose names have been missing in the NRC final draft in Assam.

Meanwhile, the state government of Mizoram has tightened security measures along the Mizoram-Assam border and has deployed more police forces.

A statement issued by MZP on Wednesday stated that a sizeable number of non-locals, who failed to get their names in NRC final draft in Assam have already entered Mizoram and currently camping in the State.

The student body further said that it would take massive efforts to detect those ‘foreigners’ who have already entered the state.

The statement also said that the MZP had earlier made repeated appeals to the state government to tighten security measures along the Mizoram-Assam border to prevent entry of illegal immigrants from neighbouring states before and after the publication of NRC final draft in Assam on July 30 last.