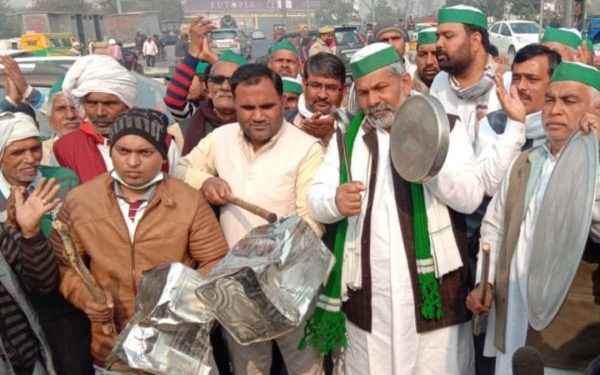 At least 200 farmers will hold protest against the Centre’s three farm laws in front of Parliament every day, BKU leader Rakesh Tikait said.

“If the Centre wants discussion on farm laws, we are ready for talks. From July 22 onwards, 200 of our people will hold protests near Parliament,” Tikait said.

The Samyukt Kisan Morcha (SKM), the umbrella body of over 40 farmer unions, had recently further announced that a group of around 200 farmers will protest against the laws during the monsoon session.

“We will also ask the opposition MPs on July 17 to raise the issue every day inside the House while we will sit outside in protest. We will tell them not to benefit the Centre by walking out of a session. Don’t let the session run till the government addresses the issue,” farmer leader Gurnam Singh Charuni had said

The monsoon session of Parliament is scheduled to begin on July 19.

“We will continuously protesting outside Parliament till they hear our demands,” Charuni said.

He further said that five people from each farmer union would be taken to join the protest.

On Thursday, Union Agriculture Minister Narendra Singh Tomar urged farmer unions to end their protest and resume talks with the government to break the deadlock over the three laws.

Tomor, however, ruled out repeal of these Acts, while assuring the farmers that the procurement system on the minimum support price (MSP) and APMC market yards will stay and rather be strengthened.