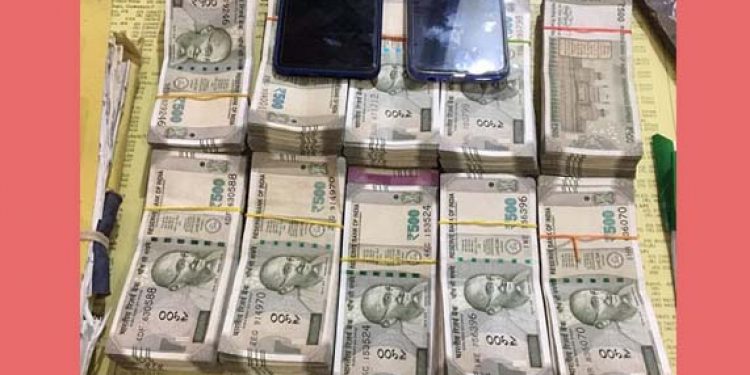 The money in cash recovered by police. Image - Northeast Now

Acting on a tip-off, Dhubri police on Monday late evening raided a house located at Jhagrarpar area of Dhubri town.

During the raid, the police were able to nab two bookies, suspected to be involved in betting during the IPL T20 cricket matches.

The arrested duo has been identified as Sohidul Islam and Alomgir Islam, a local resident of Jhagrarpar.

An amount of Rs. 5,00,000 in cash, two mobile handsets, one motorcycle and other materials used in the gambling have also been seized from the possession of the two bookies.

The accused, police said, have admitted that they were accepting bets on different matches of the ongoing IPL T20 tournament.

The accused told the police that those interested in betting either visit or book their bets over the mobile phone and pass on the booking to bookie in the same way.

The details of the other bookie in Dhubri district are yet to be revealed, said police.

A case under relevant sections of the Indian Penal Code (IPC) has been initiated against the alleged bookies for further course of action, police said.