Meghalaya has total 4,686 voters who are persons with disabilities, including 800 visually impaired voters 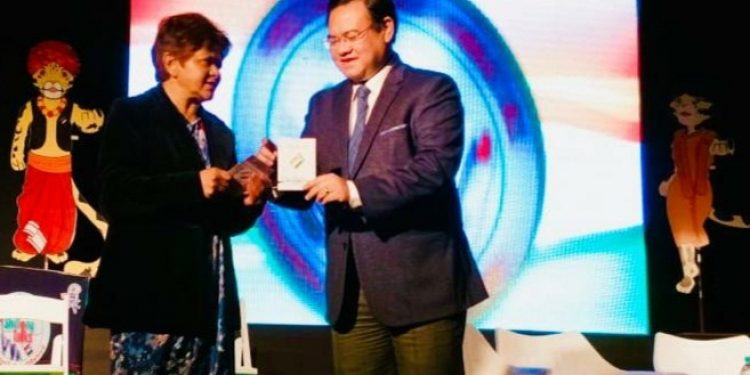 In Meghalaya, the first Braille elector photo identity card (EPIC) was distributed to Padmashree Bertha G. Dkhar, setting the motion for the Election Commission to introduce special Braille ballot papers in each polling booth in the state to ensure inclusive elections.

The first Braille EPIC was distributed at the ‘Go Vote Shillong Talks’ programme organized by the office of the Chief Electoral Officer as part of accessible elections.

Shillong and Tura Lok Sabha constituencies will go to polls in the first phase on Thursday.

The bye-election to Selsella Assembly constituency will also be held on the same day.

From Tura constituency, former chief minister, Mukul Sangma of the Congress, former union minister Agatha K. Sangma of the ruling NPP, and Rikman G. Momin of the BJP are in the fray.

Dkhar is one of the leading disability activists, and the headmistress of Jyoti Sroat School, a school run by the Bethany Society for visually impaired children. She is also best known as inventor of the Braille code in Khasi.

The CEO, F.R Kharkongor said that polling officials have been trained to assist people with hearing disability by the Meghalaya Deaf Association.

A ‘Meghalaya Sign Bank’ app is also the first of its kind having 114 election terms in the form of short video clips to help polling officials understand the requirements of persons with such disabilities.