Will not allow our territory to use against India: Oli 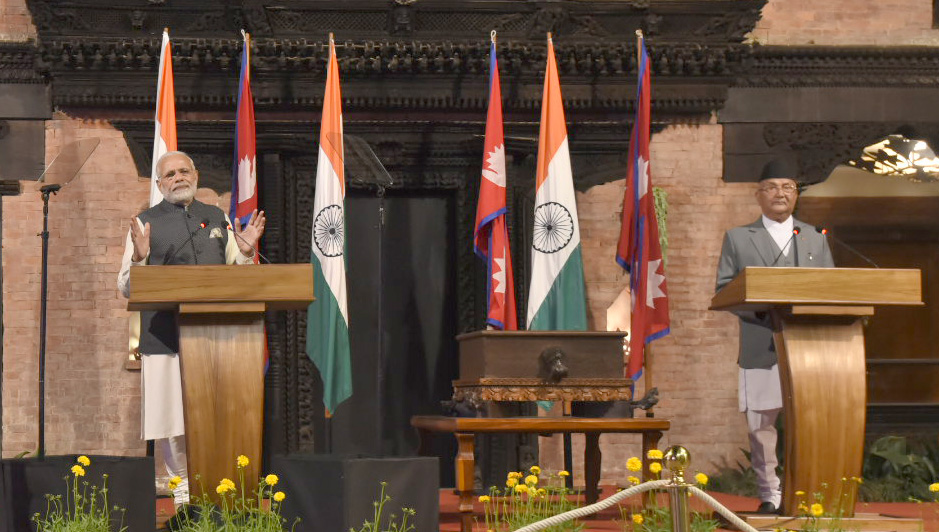 Nepal is sensitive to India’s interests and would not allow its territory to be used against India, Nepalese Prime Minister K P Sharma Oli has assured Prime Minister Narendra Modi.

Briefing reporters at the end of Prime Minister Modi’s two-day visit to Nepal, foreign secretary Vijay Gokhale on Saturday said it was a “significant statement” from Prime Minister Oli and India was “satisfied” with discussions, a news agency report says.

“Oli reiterated that Nepal would be sensitive to India’s interests and its territory would not be used against India,” Gokhale said.

Nepal shares a border of over 1,850 kms in the east, south and west with five Indian states – Sikkim, West Bengal, Bihar, Uttar Pradesh and Uttarakhand. There has been a long tradition of free movement of people across the borders sharing family ties and culture. Travellers from both sides do not need visas.

During a joint press meet on Friday after a one-on-one meeting with Oli, Modi had said the open borders between India and Nepal plays an important role in the strong bilateral ties.

“We will not allow its misuse by anti-social elements,” Modi said after the marathon delegation-level talks during which the two sides had extensive discussion on all aspects of the bilateral relationship.

“We have agreed to further strengthen our joint efforts on defense and security to control cross-border crimes that have been taking place by misusing our open-borders that are quite important for people on both the sides,” he said.

Gokhale said Nepali leaders who called on Prime Minister Modi expressed confidence that his visit to cultural places like Janakpur and Muktinath would enhance tourism.