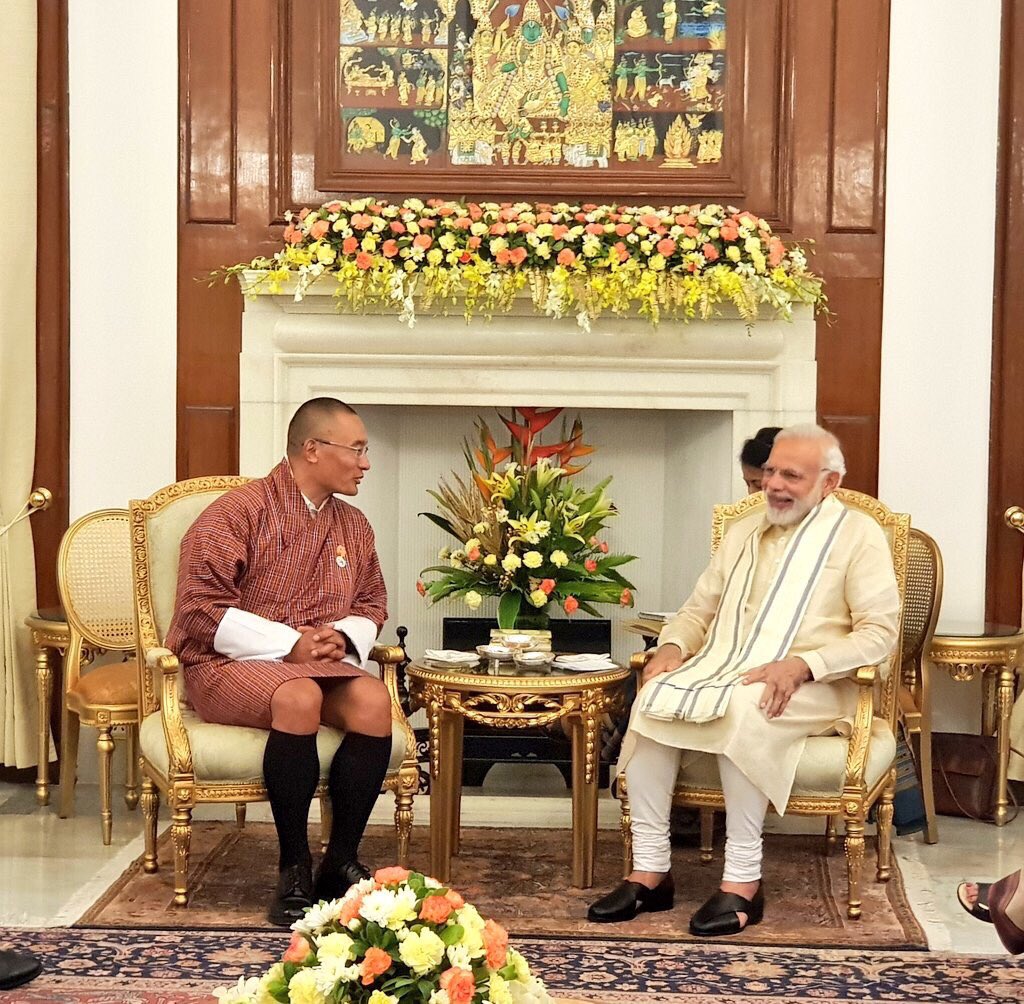 The electricity export tariff for Mangdechhu hydropower project in Bhutan, which is expected to complete latest by November this year, would be set before the commission of the plant.

This was assured by the Indian Government to Bhutanese Prime Minsiter Tshering Tobgay during his meeting with his Indian counterpart Narendra Modi in New Delhi, according to a report in Kuensel.

Prime Minister Narendra Modi, according to the report, reiterated India’s commitment to Bhutan’s socio-economic development and assured full support for Bhutan’s 12th Five Year Plan, which will commence later this year after the election of the new government.

The inauguration of the 720-mega watt project is planned as one of the major events of the 50th anniversary celebrations of diplomatic relations between the two countries.

Meanwhile, it is learnt that the both the leaders expressed satisfaction with the preparation of the 50th anniversary celebrations of diplomatic relations between the two neighbouring countries that are being held simultaneously in India and Bhutan.

Both sides expressed confidence that these activities would further strengthen the close bonds of friendship and cooperation between the peoples and governments of the two neighbouring countries, according to the report.

Prime Minister Narendra Modi, it is learnt has also assured Tobgay that he will make his second visit to Bhutan later this year.