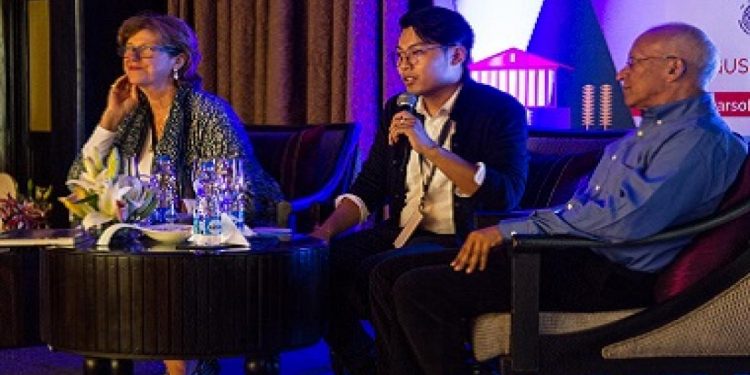 The four-day festival held at the Royal University of Bhutan, at Thimphu concluded on Sunday.

The Mountain Echoes 2019, a festival of arts, literature and culture Thimphu in Bhutan saw huge participation of people.

The four-day festival held at the Royal University of Bhutan, at Thimphu concluded on Sunday.

“Over the last five years, the most noticeable change that has happened is the audience participation. People from every corner of Bhutan are coming to be a part of the festival,” said Kelly Dorji, one of the festival directors.

Earlier people mainly from Thimphu took part but now those from outside Thimphu were also participating actively, Kelly said.

They are listening to speakers, asking questions and expressing curiosity. I think that is an important and positive change.

According to Kelly, Bhutanese people are introvert by nature and that they are gathering the confidence to talk to some of the achievers is a welcome change.

The Royal patron Her Majesty the Royal Queen Mother Ashi Dorji Wangmo Wangchuck addressed the guests and students at the festival.

The guests were welcomed by the Royal Academy of Performing Arts students with their traditional performance.

With the idea to celebrate young mind and create a platform to exchange thoughts and make conversation, this year the festival had some sessions with people from the field of literature, entertainment, storytelling, photography and education.

Ananth Padmanabham, Richa Chadha, Abhishek Chaubey, Mentalist Karan Singh, international filmmakers such as Zuki Juno Tobgye and Xyza Cruz Bacani were some of the dignitaries who graced the festival.

A phenomenal performance by the alternative rock band of Bhutan, Misty Terrence, marked the closing ceremony.