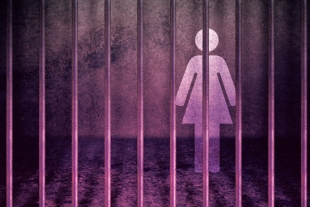 In an exemplary move, a Nepali minor girl who was living with her mother in a prison of India for last five years has been rescued, according to a Himalayan Times report.

A district child welfare board of Rukum, the mountainous district of the neighbouring Himalayan kingdom, some 280 km west of capital Kathmandu, rescued six-year-old Karishma BK of Aathbiskot Municipality-1 of the district.

The girl has been brought back to Nepal by the efforts of the Board, the report added.

According to media reports, her mother, identified as one Anita Kami was arrested in India on charges of drug peddling and later sent to judicial custody after legal procedure.

She has two more years of sentence to serve in the jail.

According to reports, Kami had lost contact with her family in Nepal after she was sentenced and sent to jail. Her husband also had reportedly passed away one year ago.

It was only when officials of the child welfare board went to India that she came to know about her husband’s death.

Notably, the information about the minor girl was communicated to the child welfare board in Nepal by an NGO working in the field of welfare of children in India.

The minor girl was living under hazardous conditions with her mother in jail. The matter came to light, when jail authorities contacted the Indian NGO after the girl reached the age of six. As per law, children above six years of age are not allowed to be kept in prison along with their mother.

Karishma is presently lodged at the Early Childhood Development Centre in Kathmandu, founded by Pushpa Basnet, where her education is also taken care of, according to reports.