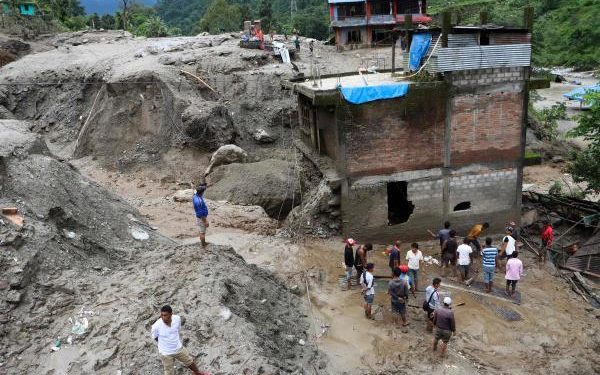 Around 43 houses have been buried in landslides in the district.

“Ten bodies were recovered from Marang while one from Thadakhani. Efforts are on to recover 11 missing from Rikh, Kalleni, Ramche, Namruk and Kamdi, eight from Dule of Malika Rural Municipality-7 and three from Takam,” The Kathmandu Post quoted a municipality official as saying.

Around 43 houses have been buried in landslides in the district.

The total loss of physical property has not been ascertained yet.

The municipality official said over 400 affected people have been taking shelter at community building and school building in Takam, Marang and Ghantiwang.