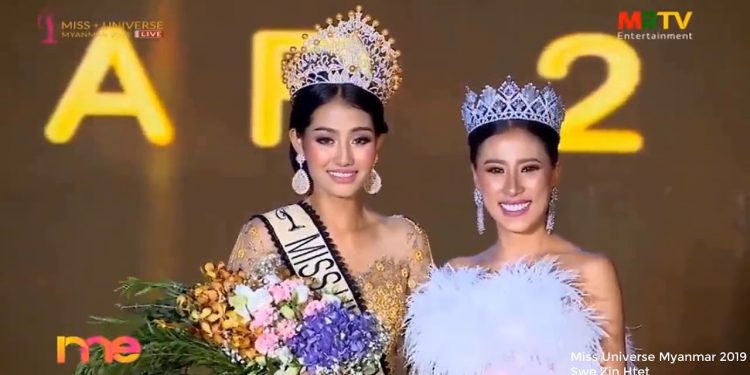 As per reports, the 21-year-old lady publicly revealed that she was a lesbian by posting a pride flag and a picture with her partner on her Instagram account on November 29.

Htet hoped that her good decision will help LGBTQ people feel accepted in the society and will provide them with sufficient opportunities in proving their talents on a global platform.

She also said that LGBTQ people are discriminated and looked down in Myanmar and she had to gather her courage in openly declaring that she was a lesbian.

The model also hoped that the LGBTQ people are given the right to choose their own path and pursuit of happiness.

However, a number of people across the world have appreciated and praised her good decision of publicly revealing that she was a lesbian and her Instagram post had also received a lot of positive feedbacks from people.

Meanwhile, Miss South Africa Zozibini Tunzi was crowned as the Miss Universe 2019 winner at US on Monday.

The lady hoped that her win will help in breaking the common stereotype that dark skinned people are not considered to be beautiful.