India is not signatory to 1951 UN Convention: MHA on Myanmar refugee crisis

Almost 200 people have been killed by the military in Myanmar.

Over 400 people from Myanmar reportedly have already entered into India seeking refuge and the numbers continue to rise daily.

Many of the people seeking refuge in India are Myanmarese policemen, who refused to obey orders as anti-coup protests in the Country rages on.

However, the Ministry of Home Affairs (MHA) speaking on the Myanmar refugee crisis reiterated that India is not a signatory to the 1951 UN Convention relating to Status of Refugees and 1967 Protocol thereon.

“India is not a signatory to 1951 UN Convention relating to Status of Refugees & 1967 Protocol thereon. Foreign nationals are governed by Foreigners Act, 1946, Registration of Foreigners Act, 1939, Passport (Entry into India) Act, 1920 and Citizenship Act, 1955,” the MHA said the ongoing Myanmar refugee crisis.

“However, an SOP was issued in 2011 by Central Government and amended in 2019 which has to be followed by law enforcement agencies while dealing with foreign nationals who claim to be refugees,” the MHA added while responding to the Myanmar crisis and if there is any demand for political asylum for coup-hit villagers.

Meanwhile, Rajya Sabha MP from Mizoram, K Vanlalvena has informed that pushing the refugees back to Myanmar would mean sending them to certain death.

“MHA has asked us to stop and send them back, they are our brothers and sisters. Sending them back would mean killing them,” said K Vanlalvena.

On the other hand, the MHA has written a letter, dated March 10, to the north-eastern states along the Indo-Myanmar border, asking them to block the influx of people from the neighbouring country into Indian territory.

Sent by an MHA deputy secretary-rank officer to the chief secretaries of Nagaland, Mizoram, Manipur, Arunachal Pradesh and the Director-General of Assam Rifles, the letter asks them “to stay alert and take appropriate action to prevent a possible influx.”

Almost 200 people have been killed by the military in Myanmar. 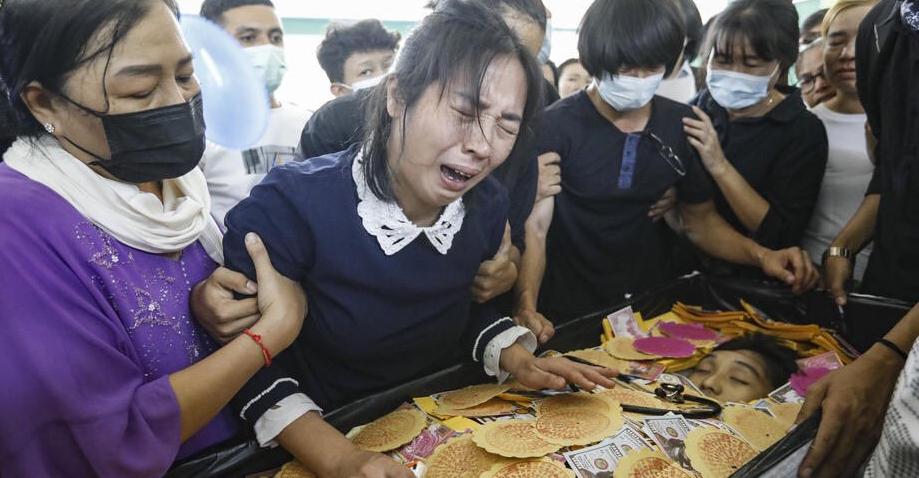