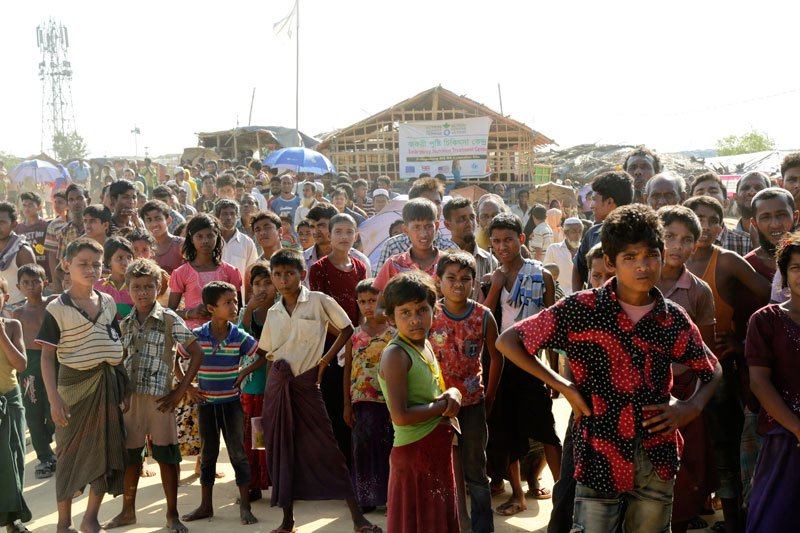 Myanmar has expressed its opposition against a resolution of the United Nations Human Rights Council (UNHRC) with regard to the Rakhine issue, but pledged efforts to address the challenges of Rakhine state, Mizzima news reports quoting Global Times and Xinhua.

Official media on Thursday published a statement of Myanmar Permanent Representative to UN U Htin Lynn in response to a draft resolution submitted to a special session of the UNHRC on Myanmar.

The resolution tabled on Tuesday was entitled “Situation of human rights of Rohingya Muslims and other minorities in Myanmar.”

The special session of the UNHRC was held in Geneva at the request of the member states of the Organization of Islamic Cooperation (OIC).

The statement said Myanmar opposes any country’s specific resolution which gives rise to polarization, division and confrontation, and it does not reflect the principles of the UNHRC such as impartiality, objectivity and non-selectivity.

The draft resolution was focusing on a particular group of people belonging to a particular faith. The promotion and protection of human rights should be for all people of the globe irrespective of race, religion and gender, he said in the statement.

He pointed out that “some elements in the draft resolution are infringing on the state sovereignty of Myanmar. Allegation without sufficient and concrete evidence are also incorporated in the text.”

“International assistance should be part of the solution, not part of the problem,” he said, complaining that it fails to condemn the attacks of the Arakan Rohingya Salvation Army.

The statement said the Myanmar government has been exerting efforts to resolve the issue of Rakhine internally as well as through cooperation with Bangladesh.

Myanmar and Bangladesh signed an agreement on Nov. 23 on the return of displaced Rohingya people who have fled to Bangladesh from Myanmar’s Rakhine state.