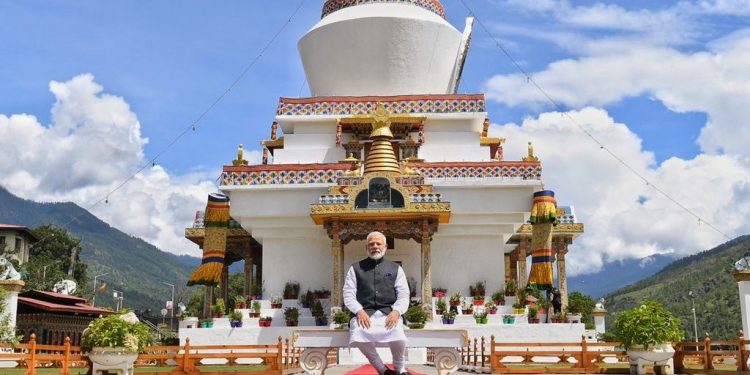 Before leaving for Delhi, the Prime Minister addressed students at the Royal University of Bhutan and paid his respects at the National Memorial Chorten, a revered monument honouring the late Third Druk Gyalpo

Modi left for Delhi from Paro International Airport in a special aircraft.

“Thank you Bhutan for your love and affection. [email protected] embarks for Delhi following a remarkable visit that heralded cooperation in new areas. As a special gesture, seen off by @PMBhutan at Paro airport,” external affairs ministry spokesperson Raveesh Kumar tweeted.

Modi was in Thimphu on his second visit to Bhutan as Prime Minister and the first since his re-election in May this year.