The latest to get hurt is pace bowler Mustafizur Rahman – just before the ICC Men’s Cricket World Cup, 2019 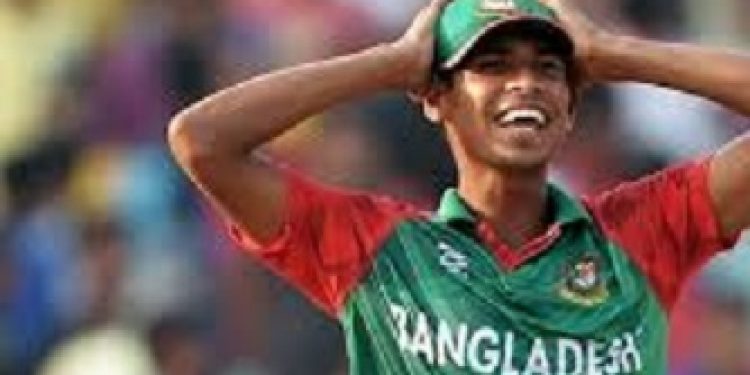 Bangladesh’s cricket team’s injury list is growing. The latest to get hurt is Mustafizur Rahman.

Reports stated that the young pace bowler Rahman got hurt in the ankle just ahead of the ICC Men’s Cricket World Cup, 2019.

He injured his left ankle at training recently. Rahman may have to cool his heels for two weeks. Though he is expected to be named in the squad for the World Cup, he could miss the initial stages of a pre-tournament training camp.

“There is no fracture-related injury [but] there is some pain in the ligament, a lateral ankle sprain,” Bangladesh Cricket Board chief physician Debashish Chowdhury said.

“He had suffered this kind of sprain before but predictions regarding these injuries are difficult. He will rest partially with little exercise in between and his condition will be reassessed two weeks from now.”

Bangladesh’s injury list vis-à-vis its cricketers is growing and the latest come as a “reason of real concern” before they pick their squad for the World Cup, the deadline for which is April 23 next.

The injury list – In the Asia Cup, Mushfiqur  Rahim suffered a broken rib-cage. The double whammy is that he had to deal with finger injury too during the recent tour of New Zealand.

While his finger is healed, the rib still needs rest, reports suggested. While diving on the field in New Zealand, Mahmudullah aggravated a shoulder injury. Though he has started batting at the nets again after rehabilitation, he is yet to start bowling.

Pace bowler Rubel Hossain suffered a side strain during a domestic game and is resting, while his fellow pacer Taskin Ahmed is striving to be “fully fit” after being in the sidelines for an ankle injury.

There are also “issues” with the elbow of all-rounder Mohammad Saifuddin, but he is continuing to play domestic cricket.

The Cricket World Cup gets underway on May 30 next in England and Wales. Bangladesh’s preparation will include a tri-nation one-day international series in Ireland against the home side and West Indies.