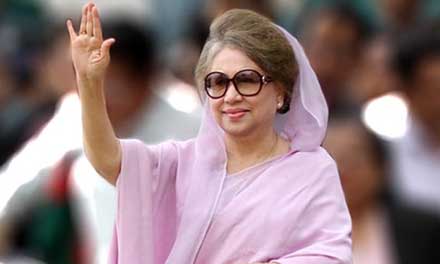 Carlile was deported from India on Tuesday.

The Ministry of External Affairs said that Carlile, a British national, arrived in New Delhi from London on July 11 without having obtained the appropriate Indian visa.

“His intended activity in India was incompatible with the purpose of his visit as mentioned in his visa application. It was therefore decided to deny him entry into India upon arrival,” MEA said.

Carlile, according to media reports, was planning to hold a press conference in New Delhi along with Zia’s legal team and member of the top BNP leaders at the Foreign Correspondents’ Club of South Asia in New Delhi.

Carlile reportedly said that as he has been denied entry into Bangladesh, he wants to press conference in India in order to explain the complexities of Khaleda Zia’s case to the international media community.

The step taken by New Delhi also assumes significance keeping the present friendly relation between both the parties in power in India and Bangladesh.