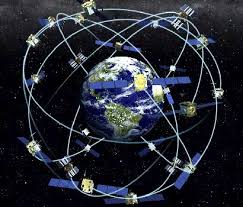 Pakistan is all set to use Chinese homegrown navigation system BeiDou for both military and civil purpose.

The country has so far been using US-based Global Positioning System (GPS).

According to reports, China wants to end the US-based GPS hegemony and push for its own developed navigation system first in the Asian region.

It will help Pakistan in getting precise geo-spatial application particularly in the field of surveying and mapping, construction and scientific studies.

China has established a monitoring station at its Space and Upper Atmosphere Research Commission (SUPARCO) for monitoring and assessing the BeiDou Global Navigation Satellite System (GNSS).

The system was completed on August 3.

China announced the completion of its navigation system project on August 3.

An agreement on the cooperation in the field of satellite navigation between CSNO and SUPARCO was signed in May 2013.

As Pakistan is buying Chinese defence equipment, it would be shifting to and be fully integrated into BeiDou.

Gradually, Pakistan Armed Forces will completely switch to the BeiDou navigation system for all its critical military platforms, source said.