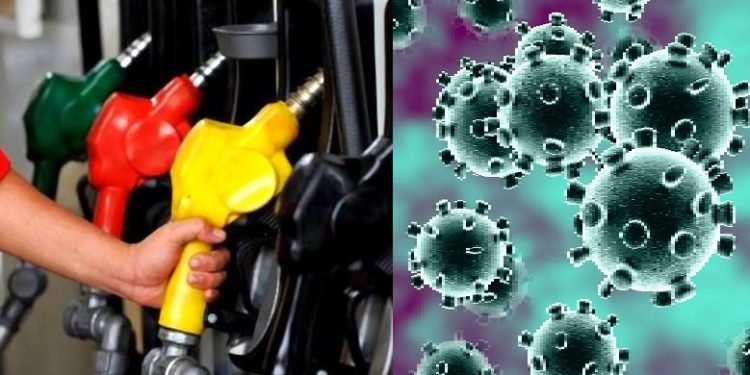 The coronavirus outbreak in China and around the world has had an adverse effect on global crude demand.

On Friday, international oil prices were trading lower for the fifth straight week with benchmark Brent at $54.52 a barrel, heading for a six per cent loss this week, according to reports.

Oil prices have fallen about a fifth since the outbreak of the virus in the Chinese city of Wuhan.

China is the world’s biggest importer of crude, taking in roughly 10 million bpd (barrels per day) in 2019.

Eurasia Group has estimated a contraction in oil demand by as much as 3 million bpd in China in the first quarter from 2019 levels.

In India, where retail fuel prices are set based on the movement of crude oil prices in the international markets, sharp rate cuts have been made in the last few weeks.

These rates are revised on a daily basis based on global prices and foreign exchange value.

At this rate, the decline will stabilize the round of hikes in fuel price anticipated in April as BS-VI emission norms kick-in.

However, the blending of methanol and ethanol in petrol and diesel to facilitate a reduction in emissions may bring down prices.

The China National Offshore Oil Corporation, one of the largest oil companies in China has made a dramatic move of force majeure on liquefied natural gas (LNG) contract, as it struggled to take delivery due to constraints caused by the virus.

Over 50 million people have been locked down in more than a dozen cities as the country’s death toll from the epidemic hits 722 and total confirmed cases were reported at 34,546 in mainland China on Friday.

Being one of the first known cases of the legal clause being invoked in commodity contracts due to the epidemic, raw materials markets have plunged into chaos.

LNG prices in Asia sunk to below $3/mmBtu, a new low.