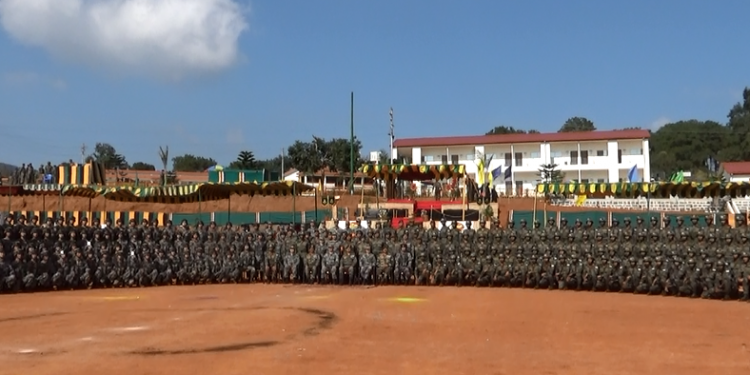 At a time the rest of the world is struggling against the coronavirus pandemic, China has been vigorously carrying out its ambitious defence exercises in the Indo-Pacific region.

Beijing has also announced that it is ramping up of military industries in Wuhan, the city from where the coronavirus broke out originally.

Though conducting provocative military and naval operations near Taiwan is not new for the PLA, it was for the first time that its aircraft crossed the strait at night.

In a prompt response, the Japan Air Self-Defense Force flew its fighter jets.

The PLAAF also conducted a long-range military drill with bombers, an airborne early warning and control aircraft, an electronic warfare and surveillance plane and fighter jets passing through the Bashi Channel, a strategic waterway between the Philippines and the Taiwanese island of Orchid connecting the South China Sea with the western Pacific Ocean.

In March, the Chinese military carried out high-altitude ‘live fire’ exercises in Tibet.

India’s China expert Jayadev Ranade believes that all the activities amidst the coronavirus pandemic were “clearly intended to convey to Japan, Vietnam, Taiwan and India, as well as the US, that China retains the capability and intent of becoming the dominant power of the Indo-Pacific.”