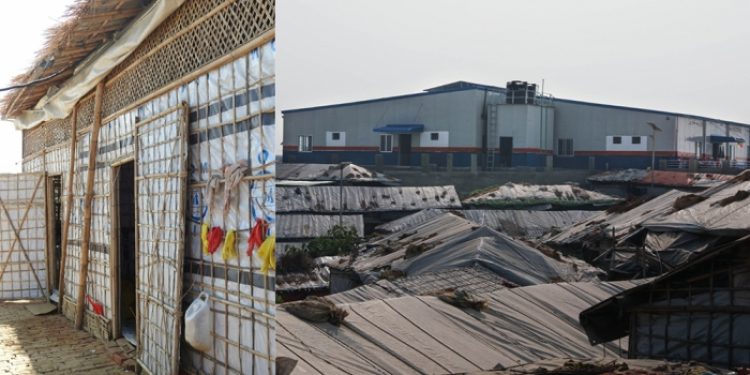 In a breather to the displaced Rohingyas in Bangladesh, the International Organization of Migration (IOM) has replaced a makeshift temporary hospital made with bamboo with a concrete one at Cox’s Bazar.

The world’s largest refugee settlement has been given a fillip in health services this week when IOM, the UN migration agency, launched two major new health facilities.

A new 33-room in-patient hospital constructed at a cost of $ 240,000 replaced a small medical post constructed from bamboo and tarpaulins.

The hospital in Madhurchara, Ukhiya, is the first to offer in-patient services to Rohigyas and members of the host community living in a particularly densely populated part of the camp, according to a report by reliefweb.

There are 20 beds for patients admitted and staying overnight.

The facility will also provide maternity services to improve access to sexual and reproductive health services; a specialized paediatric care unit for children up to the age of 12; a specialized unit for the care of new-borns; and complex laboratory services for the Rohingyas, the report added.

It is expected that the hospital will ease the pressure on the Cox’s Bazar district hospital, which was designed to accommodate 250 in-patients, but often host up to twice that number.

Another new health primary health care facility was also opened by IOM in the camp this week, in collaboration with the Bangladesh health authorities, who will eventually take over its management and provision of services.

A clinic, which will also provide mental health and psycho-social support, will serve people living in one of the areas of the camp most prone to landslides and flooding.

Both the facilities are expected to serve around 73,000 people from the refugee and local communities living in the catchment areas.