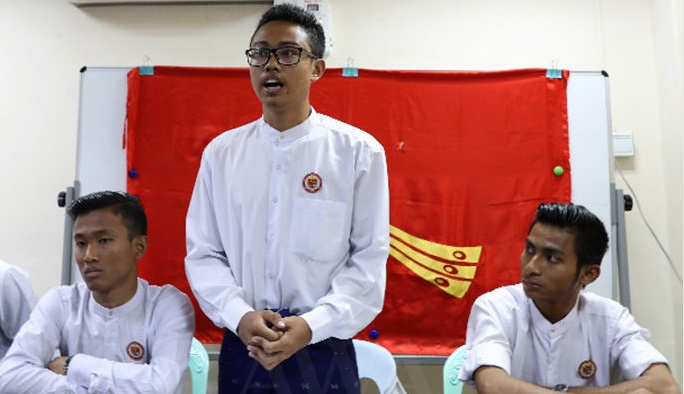 In a bizarre incident, the son of a soldier, serving with Myanmar Army Infantry Battalion, was asked to leave his residence located at the base in Pakokku Township, Magway Division, allegedly for his joining the All Burma Federation of Student Unions (ABFSU), according to a report in The Irrawaddy, a Myanmar daily.

Thet Maung Maung, who had grown up in the base, told the media on Thursday before he was ordered to leave, battalion officers had called his mother and told her to warn him to severe ties with the students’ movement, the report stated.

“My mother told me over phone when I was at the university. She said the battalion officers had told her to sign a piece of paper without citing any reason,” Thet Maung Maung during an interaction with the media in Yangon on Thursday, the report had stated.

“When I came back to the battalion base and asked them why they had told my mother to sign the paper they asked me whether I was involved with the ABFSU and I told them I was a secretary for the group in Pakokku,” the student leader told the media as reported in The Irrawaddy.

The army then ordered him to immediately leave the base. Thet Maung Maung further said he was now staying at a monastery as he had no other place to go that would enable him to continue his studies at Pakokku University.

“I did not violate the battalion rules. I did not plan to do anything against the army,” he further added according to the Myanmar daily report.

The victim student held the press conference along with some fellow members of the ABFSU.

He said he wanted to give his side of the story after the Ministry of Defense issued a statement on March 13 claiming the Tatmadaw had the agreement of Thet Maung Maung’s parents to vanish him from the base, the report added.

Thet Maung Maung said he tried to discuss the issue with the officers, but they demanded he sign an assurance letter with a promise to severe ties with the ABFSU.