Birthday wishes pour in from all quarters for Queen of Bhutan 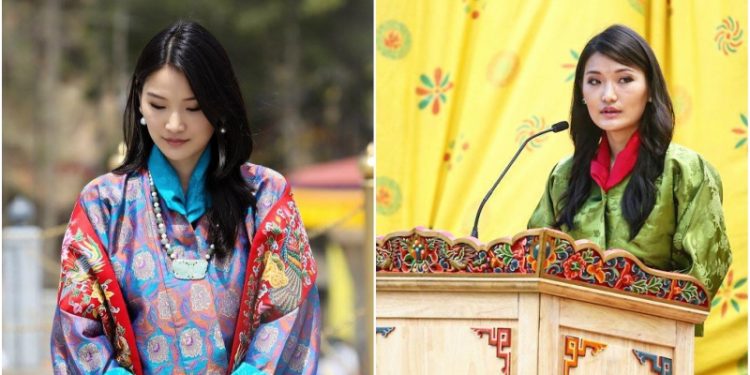 Bhutan Prime Minister Dr Lotay Tshering through a facebook post on Monday extended birthday greetings to Queen of the Himalayan Kingdom, Her Majesty the Gyaltsuen.

‘Happy Birthday, Your Majesty! As I join the nation in celebrating the birth anniversary of Her Majesty the Gyaltsuen, I choose to share my humble thoughts…

I often wonder how such a young, graceful Queen manage to shoulder such a giant, formidable responsibility. That too to pure perfection.

Her Majesty the Gyaltsuen is an embodiment of grace and affection. That is the extremity of our comprehension. What we don’t realise, and subsequently fail to appreciate, is the role she plays in offering unconditional support to our beloved, His Majesty the King, and all his royal initiatives. A reinforcement of that level would entail unimaginable concerns and sacrifices.

But what has me wondering more is the fact that she takes on paramount task of ensuring the continuity of the institution, the sacred responsibility of raising Gyalsey, the nation’s son, our future. These sacred roles are not spelt out anywhere but I can say it would entreat a lot of courage and considerations. Perhaps the most difficult job world over. 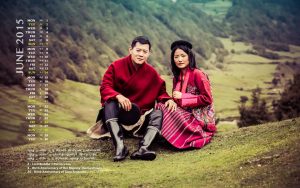 I always say that it is the female figure in the house, a wife or a mother, that keeps the family together. If she fails, her family is ruined. But if this mother, this wife, fails, the implication is far-reaching. But in Her Majesty’s embrace, we remain ever secured and ever loved. It is utterly erronous to assume that just anyone can live a life of so much giving, so much resilience and so much care.

And as I continue to wonder, I ask myself, doesn’t she deserve all the prayers in the world?’

Meanwhile, Bhutan king, His Majesty King Jigme Khesar Namgyel Wangchuck has posted a June edition of desktop wallpaper featuring an image of their Majesties in Sakteng of Bhutan in honour of the birth month of the Queen.

You can download this gorgeous wallpaper for your computer and smart phones for free from http://www.bhutan.org.bt/

The Queen of Bhutan, Her Majesty the Gyaltsuen turned 27 years this June.