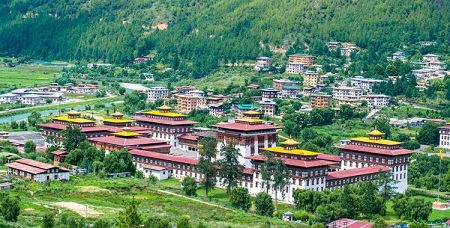 The report was released on March 14 ahead of the International Day of Happiness on March 20.

Overall, Bhutan scored 5.082 in the ‘happy index’ according to the report, Kuensel reports.

The report, which is compiled by the UN Sustainable Development Solutions Network, is based on factors like per capita GDP, social support, healthy life expectancy, social freedom, generosity, and absence of corruption.

Rising from fifth place last year to oust Norway from the top spot, Finland topped the rank this year. The country scored 7.632 in the happy index.

The top five countries are the same ones in the WHR 2017, except for Finland that vaulted to top.

Norway is now in 2nd, followed by Denmark, Iceland and Switzerland in 3rd, 4th, and 5th places. The Netherlands is 6th, Canada 7th, and New Zealand 8th.

Among the SAARC countries, Bhutan is behind the country Pakistan, which stands at 75th. However, Bhutan still stands ahead of Nepal, which is at 101, Bangladesh at 115, Sri Lanka at 116, India at 133 while Afghanistan is at 145.

Maldives did not feature in the WHR.

Respondents were asked to value their lives on a 0 to 10 scale, with the worst possible life as a 0 and the best possible life as a 10, the report stated. “It is important to consider not just average happiness in a community or country, but also how it is distributed.”

The scores were based on individuals’ own assessments of their subjective well-being and use all survey available since the start of the Gallup World Poll in 2005.

This is the sixth WHR since 2012. The central purpose of the report is to survey the science of measuring and understanding subjective well-being.

The special focus of the 172-page report is on migration. The report stated rural-urban migration within countries has been far larger than international migration, especially in the developing world.

“If rural-urban migration within countries is an age-old phenomenon, large-scale international migration has increased greatly in recent years due to globalisation,” report stated. “Migration within and between countries has in general shifted people from less to more productive work, and from lower to higher incomes.”