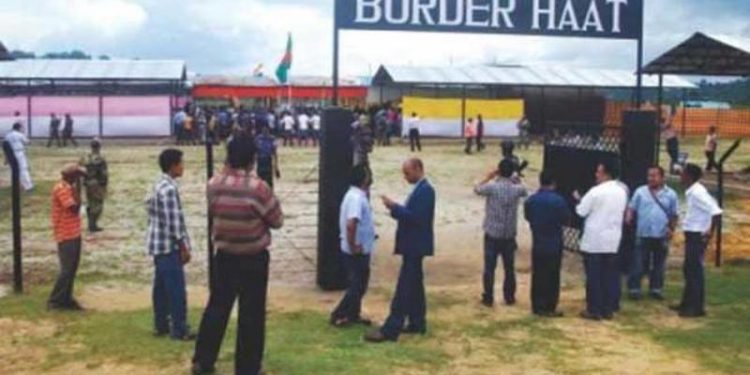 The Border Haats along Indo-Bangladesh border must restart soon while maintaining necessary precautions against COVID-19.

Maintaining social distancing these markets can boost the economy, fortify ties among the people of the two neighbouring countries, and also check illegal trades, experts and economists said as they urged the Centre to prioritize the matter.

The four Border Haats, set up in Meghalaya and Tripura in 2011, 2012 and 2015, have remained closed since March as precautionary measures against the outbreak of the novel coronavirus forced a lockdown, causing immense loss to the people living near these borders.

Experts, academicians, researchers and economists from India as well as Bangladesh, while speaking at a day-long discussion on a virtual platform earlier this week observed that the prolonged closure of Border Haats (markets) would lead to hardship that could egg the people in these areas to pick up informal cross-border trade.

Former Governor of Bangladesh Bank Atiur Rahman said people living in the border areas used to rely on informal trade due to remoteness of where they live and marginality of their living conditions.

They have also created additional earning for people living along the boundaries.

Border Haats have significantly contributed in reducing informal trade along the border areas.

At the macro-level, the markets are contributing towards cementing a good economic understanding and cooperation between the two vibrant economies of South Asia.

Even as the frontier has divided many families, Border Haats have created a formal mechanism through which exchange of goods take place, enabling the people to reconnect with each other, said Rahman, a renowned economist.

Jaipur-based CUTS International Executive Director Bipul Chatterjee said that existing four Border Haats in Meghalaya and Tripura along the India-Bangladesh border need to be re-opened at the earliest after adopting proper precautionary measures related to health and hygiene.

The proposed measures include barring entry of aged persons above 65 years of age, pregnant women and children below the age of 10 years, monitoring the health and hygiene measures by the officials of two countries, wearing hand gloves and face masks during the marketing hours by visitors, vendors and officials, regular cleaning and disinfection in the Border Haats, maintaining social and physical distancing norms, controlling the crowd, and carry out a campaign about the preventive measures on COVID-19.