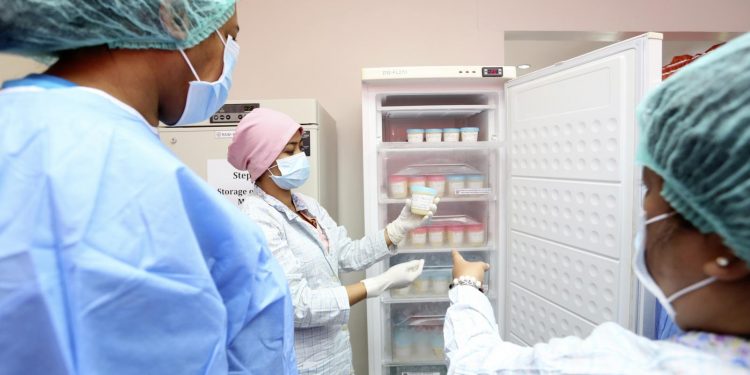 Bangladesh’s first human milk bank is staring at a bleak future after opposition from Islamist fundamentalists.

Dhaka has planned to open its first human milk bank for vulnerable and motherless infants earlier this month.

The Islamists are of the view that a milk bank creates the risk of marriage between people who have drunk the milk of the same woman, which they say is forbidden by the religion, according to reports.

The government’s Institute of Child and Mother Health or ICMH in Dhaka’s Matuail was scheduled to launch the milk bank, fitted with imported machinery on December 1 last.

But when the plan was made public, a group of Olamas, or Islamic scholars, opposed it.

They sent a legal notice claiming that the milk bank will create legal and religious complications.

The ICMH then stopped going ahead with the project.

The Islamists feet the ICMH should have consulted the religious scholars before initiating the project as it is a ‘sensitive’ issue.

They said they will stick to their opposition to the project until issues like how much care will be taken in the process to preserve and distribute the milk becomes transparent to them.

Those running the project must make it clear how they will identify the donors and the babies, make the babies aware of the identities of the donors and others who receive milk from the same donor, the Islamists said.