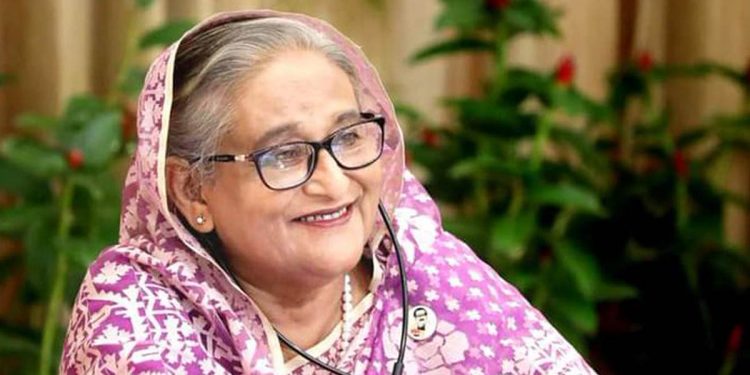 In a warm gesture of friendship, Bangladesh Prime Minister Sheikh Hasina sent 2,600 kilograms of mangoes as a gift for her Indian counterpart Narendra Modi.

Hasina has also sent the Haribhanga variety of mangoes to West Bengal chief minister Mamata Banerjee as a token of friendship.

The Haribhanga variety of mangoes, grown in the Rangpur region of Bangladesh, were dispatched across the Indo-Bangla border via Benapole check post, say media reports.

Anupam Chakma, deputy commissioner of the Benapole customs house, told Bangladeshi media that the mangoes are a symbol of friendship between the two neighbouring countries.

The mangoes were accepted by Mohammed Samiul Quader, the first secretary at Bangladesh’s deputy high commission in Kolkata, and would be dispatched to Modi and Banerjee.

After the clearance of customs and port formalities, the Bangladeshi truck carrying 260 boxes of mangoes crossed the international border on Sunday afternoon.

Bangladesh government officials including Ashraful Alam Liton, the mayor of Benapole municipality were present at the border.

The Prime Minister of Bangladesh is also planning to send mangoes to the chief ministers of the northeastern states of Assam, Meghalaya, Mizoram, and Tripura, all of which share borders with the neighbouring country.

Last year, Bangladesh granted its traders special permission to export approximately 1,500 tonnes of Hilsa fish to India on the occasion of Durga Puja.

Mangoes were more popularly exchange as gifts between archrivals India and Pakistan in the past.

Former dictators Zia-ul-Haq and Pervez Musharraf and former interior minister Rehman Malik are among the Pakistani leaders, who sent mangoes as gifts to the Indian leadership.