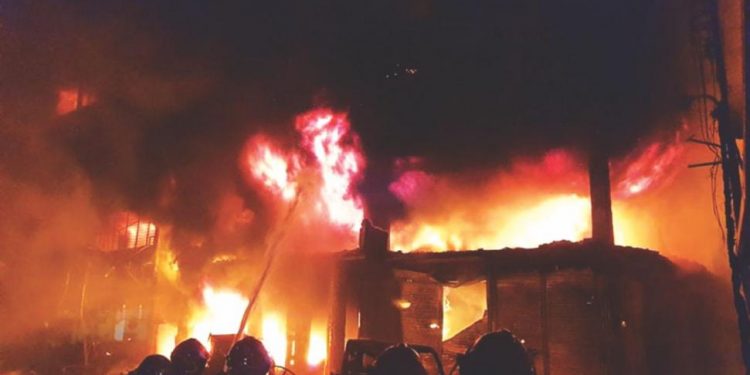 Death toll from the building fire in an old part of Bangladesh capital Dhaka has risen to 69 with scores others injured, fire service officials said on Thursday.

“We have so far recovered the bodies of 69 people,” Mahfuz Riven, a duty officer of the Fire Service and Civil Defence, was quoted as saying, according to reports.

The fire broke out around 10:00 pm on Wednesday at a chemical warehouse in old Dhaka.

The death toll in the fire could rise, warned the fire officials, who have been working throughout the night to douse the devastating fire.

Numerous people, including women and children, were also injured and admitted to nearby hospitals.