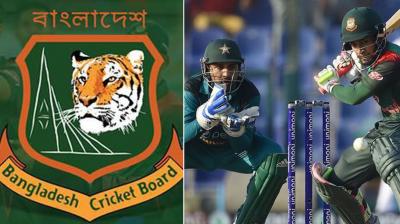 Bangladesh Cricket Board president Nazmul Hassan on Thursday said it is ‘unsure’ whether Bangladesh will play T20 International matches in Pakistan, let alone a Test series.

The statement came after Pakistan Cricket Board Chairman Ehsan Mani had hinted at raising the matter with the International Cricket Council should Bangladesh refuse to play the Tests in Pakistan, according to reports.

After the smooth staging of a Test series against Sri Lanka, after a long gap of almost a decade, PCB has announced its team would no longer play their ‘home’ matches abroad.

This was the prevailing practice after most of the Test playing nations refused to play in Pakistan citing security reasons.

As per the ICC’s Future Tours Programme, Bangladesh are expected to play three T20Is in Lahore before a two-Test series against Pakistan who completed a 1-0 series victory against Sri Lanka on Monday.

BCB chief Nazmul further pointed out that Bangladesh playing any matches in Pakistan still depends on clearance from different security agencies of the government.

Most of the coaching staff and some of the players are unwilling to play in Pakistan while some others agreed to travel to the country for a short time only, he was quoted as saying to the media.