Bangladesh government is expected to allow at least 10,000 citizens to join celebrations through online registration 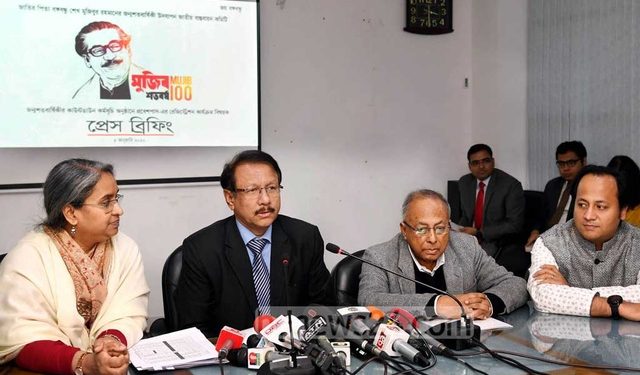 Bangladesh is allset to begin the countdown to the centenary birth anniversary of Bangabandhu Sheikh Mujibur Rahman on January 10 next.

It is the Homecoming Day of the Father of the Nation.

The government is expected to allow at least 10,000 citizens to join the celebrations marking the start of the countdown through online registration, according to reports.

Prime Minister Sheikh Hasina is expected to inaugurate the event at the old airport in Dhaka’s Tejgaon at 5 pm on that day.

The national committee formed to organize the programmes of ‘Mujib Barsha’ or Mujib Year – the yearlong celebrations – had a media interaction on Sunday where they briefed about the event.

Up to 12,000 people can join the event, its convenor Kamal Abdul Naser Chowdhury was quoted as saying.

The registration will be open at 3 pm on Monday and continue till Tuesday midnight on event.mujib100.gov.bd.

Those willing to join the event will have to provide their names, national ID numbers and e-mail addresses for the registration.

For entry to the venue, they will have to show printed copies of confirmation letters sent via e-mail, reports added.