Every year, 'Mother of Humanity Social Welfare Award' will be given to five individuals or organizations for contribution to social welfare in five categories 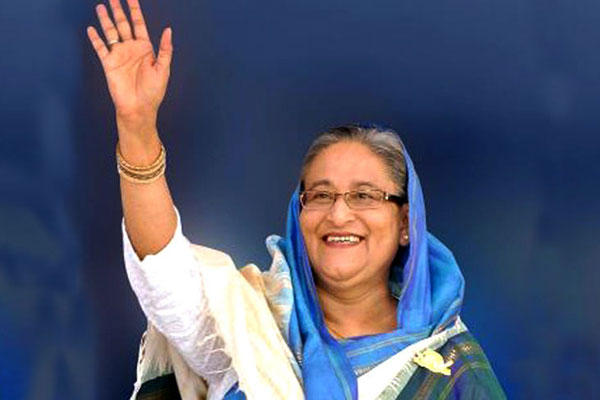 Bangladesh government has decided to give out Mother of Humanity Social Welfare Award to five individuals or organizations every year on January 2, the national day for social welfare in Bangladesh.

The award will be given from next year after Bangladesh Prime Minister Sheikh Hasina approved a draft of the ‘Mother of Humanity Social Work Award Policy, 2018’ at a Cabinet meeting at the Secretariat on Monday.

The award is named after Hasina as she gave shelter to the Rohingya refugees fleeing from Myanmar.

Every year, the award will be given out to five individuals or organizations for contribution to social welfare under five separate categories, reports The Daily Star.

Each awardee will receive a gold medal, a replica memorabilia of the award, a certificate of honour and a cash sum of Tk 2 lakh after being nominated.

The award will be presented to anyone who has contributed to the welfare and rehabilitation of elderly women, widows or those who face domestic violence or have made contributions to the social protections, self-reliance and employment of marginalized and disadvantaged.

The award may also be presented to those who have made notable contributions to the welfare, improvement of quality of life, employment, inclusive education and social protection of people with disabilities and neuro-developmental disorders and also contributed to the welfare, betterment and rehabilitation of children who come in contact with the law, ex-convicts, vagabonds and the homeless.

The award can also be conferred on an individual or institution who have contributed  to the development of skill, thinking, quality of life or the environment, the improvement of physical or mental health on the social level and, above all, positive contributions to society and the state in terms of human welfare and humanity