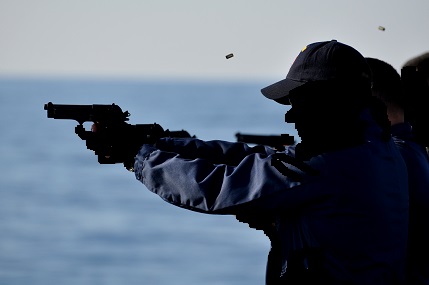 An alleged drug trader was reportedly killed in a gunfight with the detective branch of police at Kalibari in Mymensingh city of Bangladesh early Sunday morning.

The suspected drug peddler who was killed in the gun battle has been identified as Lalu Miah, aged around 45 years, according to reports.

Acting on a tip-off, a team of detectives conducted a drive at Kalibari Ghudaraghat Balur Char around 1:30 am, the officer-in-charge of the district DB police was quoted as saying.

The police officer was further quoted as saying that sensing the presence of police, the drug traders opened fire on them, forcing the police party to fire back, triggering the gunfight.

After the gunfight, the police team rescued bullet hit Lalu.

He was rushed to Mymensingh Medical College Hospital where doctors declared him brought dead.

Police also recovered 150 grams of heroin and 300 Yaba tablets from the spot, the officer in charge was quoted as saying, who also added that Lalu was accused in seven to eight drug related cases.