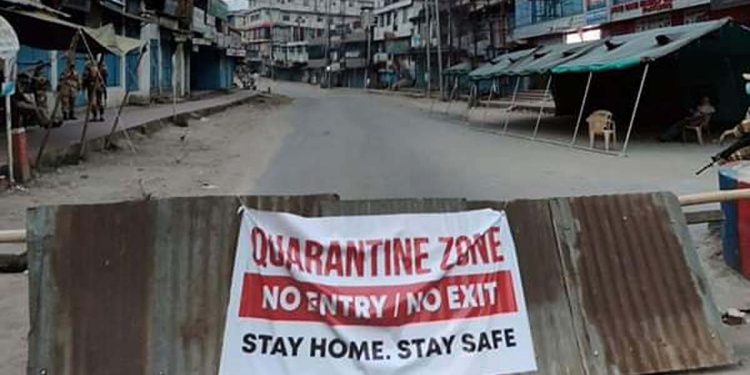 Nagaland’s Zion Hospital has been sealed on Monday and all the doctors, nurses and other staff of the hospital along with their family members were asked to go on quarantine as the first COVID-19 patient from the State was earlier admitted there as an indoor patient.

The decision to seal the hospital was taken after an emergency meeting was held at Dimapur on Monday.

Moreover, the entire Marwari Patti and Ghorapatty areas have also been sealed.

According to a statement issued by the State Government, the COVID-19 patient had arrived in the State on an Air India flight from Kolkata on March 24.

Although the patient had submitted a self-declaration form to the medical staff on arrival, he was advised to undergo home quarantine for 14 days with the condition that if he shows any symptoms of coronavirus he has to immediately contact the district surveillance unit as per the guidelines.

On March 30, the patient was contacted by the district surveillance team by following the protocol and enquired about his health status but he was found to be asymptomatic.

The patient was then asked to contact the control room of chief medical officer’s office in case of any health issues during the quarantine period.

Asper the statement, the patient was admitted to Zion Hospital in Dimapur as an indoor patient on April 8 and was later discharged on April 10.

The district surveillance officer of the Integrated Disease Surveillance Programme (IDSP) had advised for stabilising the patient and sending him to the COVID-19 Hospital in Dimapur for further necessary action and to contact the Public Relations Officer of the hospital.

As per the report from the Covid-19 Hospital in Dimapur, the patient got admitted there at 9:43 pm on April 11 along with a discharge slip from Zion Hospital requesting him to be referred to Apollo Hospital, Guwahati for further treatment and evaluation.

However, on the request of the patient, the COVID-19 Hospital Dimapur referred him to Guwahati.

After his arrival to Dimapur on March 24 till April 12, his mobile footprint was tracked and all the time he was home quarantined except visiting/admitting to hospitals, the statement said.

Contact tracing has started for all those passengers who were on the same flight taken by the patient.