There is nothing hidden from the US: WHO chief

Our CDC colleagues also know that we give information immediately to anyone: Tedros 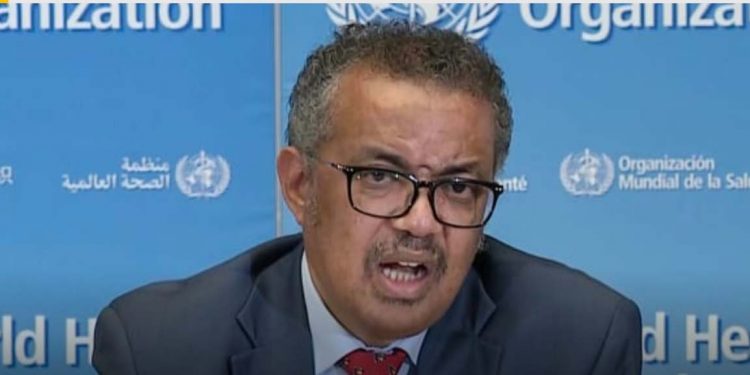 Following the US President Donald Trump accused the World Health Organisation (WHO) of “severely mismanaging and covering up the spread of the coronavirus” the WHO chief said nothing has been hidden from the US.

Addressing reporters at the WHO headquarters in Geneva, its Director-General Dr. Tedros Adhanom Ghebreyesus said US Centers for Disease Control and Prevention staffers have been seconded to work with his agency, suggesting that was a sign of WHO’s transparency.

“Having CDC staff (at WHO) means there is nothing hidden from the U.S. from Day One,” reports quoted Tedros as saying.

Also read: US: Donald Trump halts funding to WHO

“Our CDC colleagues also know that we give information immediately to anyone,” he added.

WHO has been on the defensive after President Donald Trump of the US, which is the WHO’s biggest single donor, recently ordered a halt to the US funding for the agency alleging that it botched the early response to the outbreak.

Trump alleged that the WHO had failed to adequately share “in a timely and transparent” way information about the outbreak after it erupted in China.

“There is no secret in WHO because keeping things confidential or secret is dangerous. It’s a health issue,” the WHO chief maintained.

Reports also quoted Tedros as saying: “This virus is dangerous. It exploits cracks between us when we have differences.”

On April 7, Trump scorched the organization from behind a White House lectern after the WHO spoke out in late January against his decision to limit travel to the United States from China, and threatened to withhold its funding.

A week later, the US President made good on the threat and accused the organization of “severely mismanaging and covering up the spread of the coronavirus.”