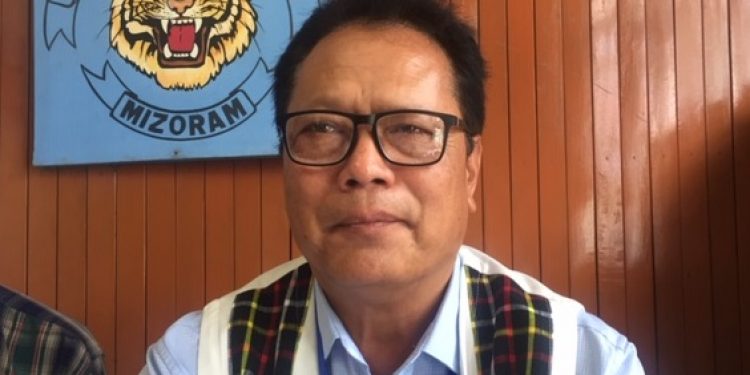 The MP has talked to Border Security Force (BSF) inspector general in-charge of Mizoram Sunil Kumar and DIG Kuldeep Singh and asked them to take meticulous measures while entering the State and quarantining security personnel, an official said.

Kumar on his part, told the MP that they have restricted inter-state movement of battalions and said that swab samples of all the jawans, who entered the State, will be tested.

The BSF inspector general also said that measures are being taken to ensure that security personnel are placed under quarantine in a strict manner in all the BSF camps, the official said.

On Sunday, at least eight merchant associations in Champhai bordering Myanmar issued a statement blaming the Assam Rifles for allegedly maltreating them and beating them.

They alleged that apart from commercial vehicles and private vehicles, even vehicles carrying death bodies were intercepted and checked by Assam Rifles personnel, who were on duty.

The associations also alleged many local people, including women, faced brutality from the security personnel.

With the rising COVID-19 cases among jawans, security personnel in Mizoram have become the most vulnerable section.

So far, 156 security personnel, including National Disaster Response Force (NDRF) staffers, have tested positive for Covid-19 constituting 43 per cent of the total 361 cases in the state, an official said.

Twenty-five of them have recovered from the virus, he said.

Of the total 168 active cases, 131 are security personnel.

Mizoram did not report new COVID-19 case in the last 24 hours.