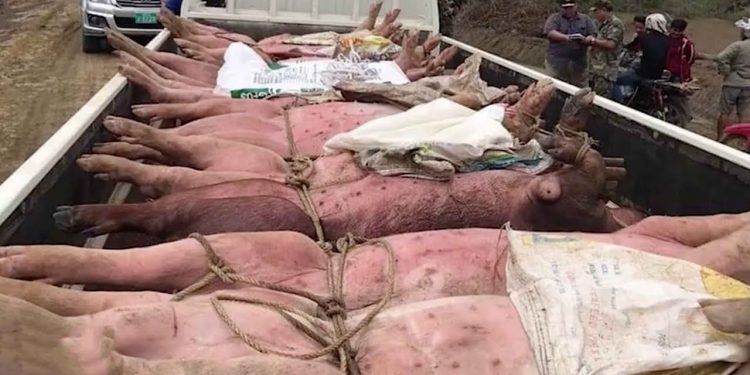 At least 14 pigs infected with Porcine Reproductive and Respiratory Syndrome (PRRS) have been culled near Pukpui village in south Mizoram’s Lunglei district on Saturday, an official said on Sunday.

The pigs, which were smuggled from Myanmar, were killed following the magistrate order after they were found infected with PRRS, he said.

Earlier Vawkpui Vulh Association, an association of pig farmers at Pukpui village lodged complaint with the state veterinary department after it became suspicious of the pigs.

Reacting to the complaint, Lunglei district veterinary department took blood samples of the pigs and found that they were infected with PRRS.

A Lalhmunmawia, a resident of  Electric veng in Lunglei was arrested by police on Saturday following the FIR lodged at Lunglei police station, police said.

He was sent to Lunglei district jail the same day.