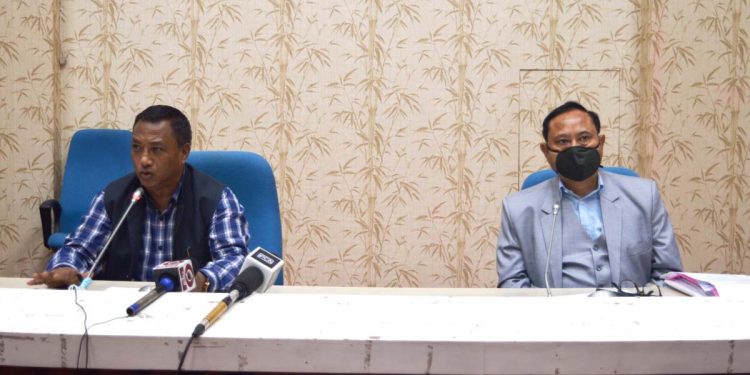 The eight positive cases include 6 from East Khasi Hills including five BSF personnel and one person from Shillong who attended a wedding ceremony at Greenwood Resort in Guwahati, 1 from Ri-Bhoi, and 1 from West Garo Hills district.

While 43 persons have recovered, one has died of the infection.

Hek informed that till date, 21,846 samples have been sent for tests, out of which, 21,223 samples tested negative for COVID19.

Hek said the number of people from outside, who came to Meghalaya till Monday, is 20,282.

Asked about the reasons that led to the sudden increase of COVID19 positive cases, the director of health services (MI), Dr Aman War, said one of the main reasons is the number of people, who returned from outside, were infected by the virus.

War informed that some of the positive cases were the high risk contacts of those infected persons.
He said the persons who tested positive were all asymptotic (category A).

War said testing of all BSF personnel within the campus at Umpling should be done and random testing through rapid test is also continuing especially in vulnerable areas in Ri-Bhoi district from Byrnihat to Khanapara bordering Guwahati.

“Till Sunday, 508 random tests have been carried out and all the tests were negative. Random testing will continue, and we have further increased the testing capacity,” War said.