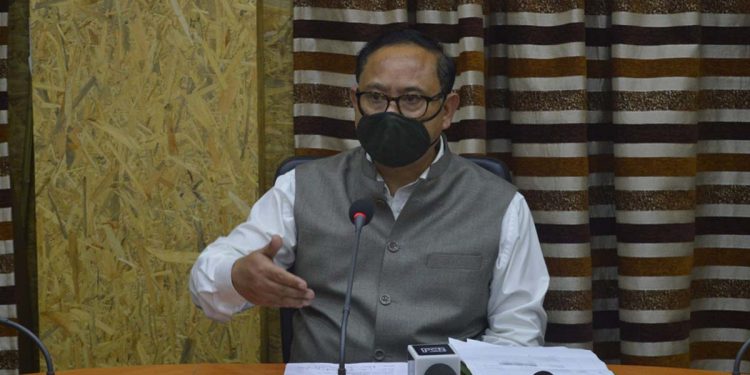 The Meghalaya health department on Sunday defended itself against BJP MLA Sanbor Shullai’s charges that the health department has failed in tackling the COVID19 situation but busy only in giving “lip service”.

The director of health service (MI), Dr. Aman War, on Sunday said it was wrong to point out that the health department has failed to tackle the COVID19 situation.

Stating that the morale of frontline workers is high, Dr War said, “The message I want to give is, we have not failed, but we have failed to be failures.”

The DHS said the health department has tried its best in providing infrastructure and facilities in hospitals/CHCs/PHCs and localities in the fight against the virus.

He said his health teams would not listen to anything negative which will de-motivate the health workers but will listen only to things that will motivate the frontline workers.

Dr War added that under the guidance of health minister, A. L. Hek, the department has been told not to concentrate only in the headquarters of the four corners of the offices, but to visit various places all over the state to get first-hand information of the issues concerned.