Chief minister Sangma also held a series of meetings with the officials of the district administration and health department during his visit to the three districts.

“In the three districts, he also visited the Quarantine and the Corona Care Centres and interacted with the inmates and assured all support from the government,” the Chief Minister’s Office (CMO) said in a statement.

At Baghmara, members of different religious organisations prayed for the government and the administration sending a clear message that the society is together to defeat the COVID19 pandemic.

“It is very important that while we work to defeat the corona virus we unite as a team. The officials have done an exemplary job as they have managed the situation with limited resources and infrastructure,” said the chief minister during his meeting with the officials at Baghmara.

“We have to adapt to the situation and learn to change ourselves and get back to doing things differently as we call it the new normal,” the CM added, while deliberating on the way forward. 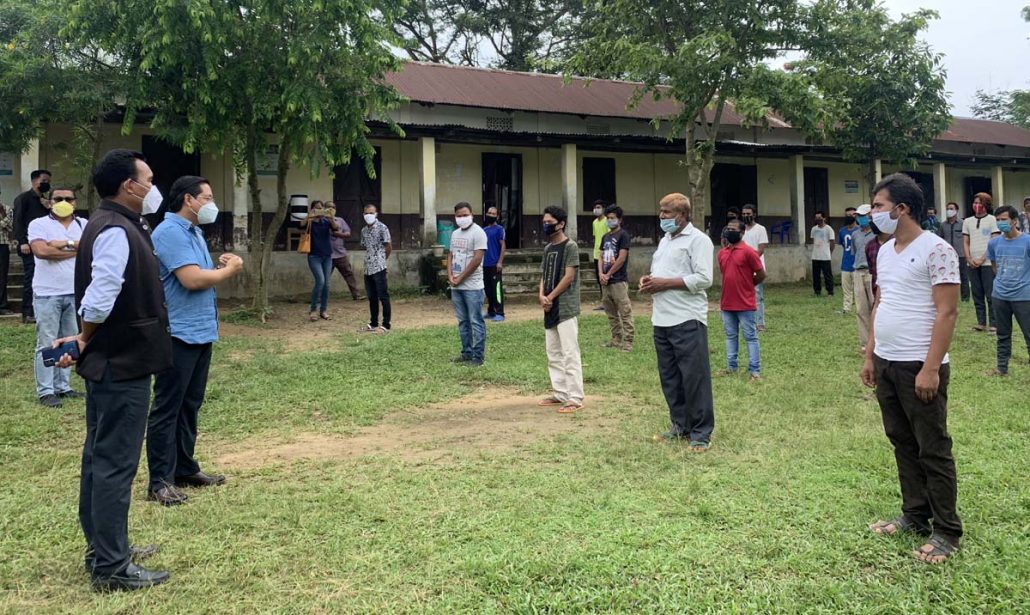 The chief minister informed that the safety of the people is of paramount concern, however, effort are on to ensure that economic activities were started so that normalcy can prevail.

“We need to be stable and not panic and be prepared for all kinds of possibilities and challenge to deal with the crisis,” the chief minister exhorted.

The chief minister also discussed on restarting of economic activities along the international border.

“When the border is open and the economic activities starts, the administration should be prepared for any possibilities and take utmost measures to ensure safety of the people,” he added.

The chief minister also directed the administration to continue with their effort to sensitise the people to adapt to the situation.

“The elderly people, children and lactating mothers need to be taken care of and the day to day functioning of the hospital should also begin,” the chief minister said.

He also assured that additional ambulance will be provided to South Garo Hills  and the administration should reach out to the government for any support required to combat Covid19.

“The government is prioritizing the health infrastructure and will work out modalities to strengthen the facilities in the hospitals, PHCs and CHCs across the state,” the CM said.

The chief minister also expressed his appreciation to everyone who is a part of this operation.

“This has been an unprecedented situation that the nation is facing. There is no manual that can tell us what to do and this would not have been possible if everyone did not unite together,” the CM added. 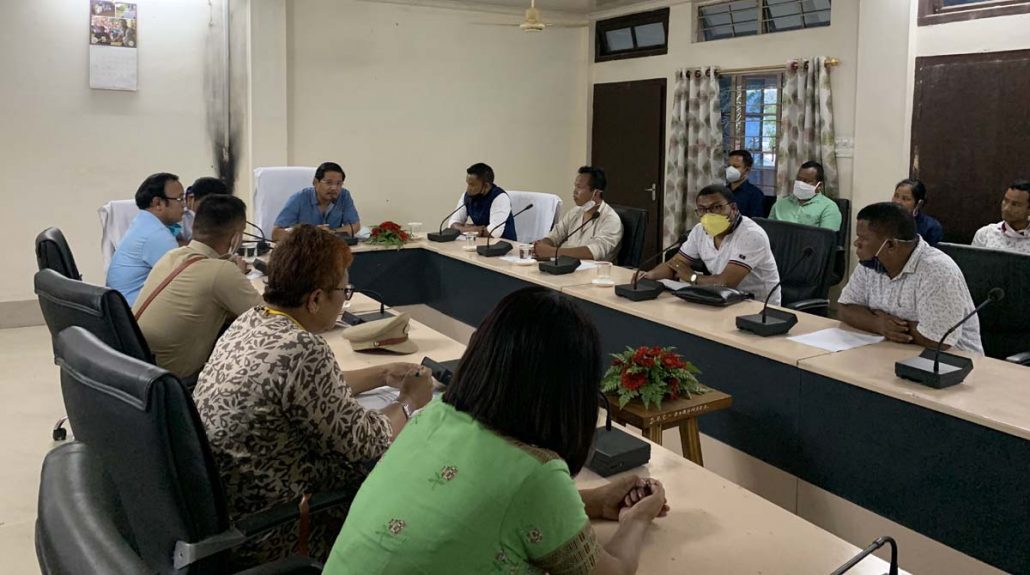 “Meghalaya has been an example of a discipline society and this should continue in the weeks to come. I thank the members of the society for taking the responsibility and the initiative,” the CM said during his interaction with officials at Resubelpara.

At Tura, he also handed over a quarantine completion certificate to a resident of fancy valley locality.

The chief minister will visit various localities in Tura on Tuesday and will later visit Williamnagar in East Garo Hills.