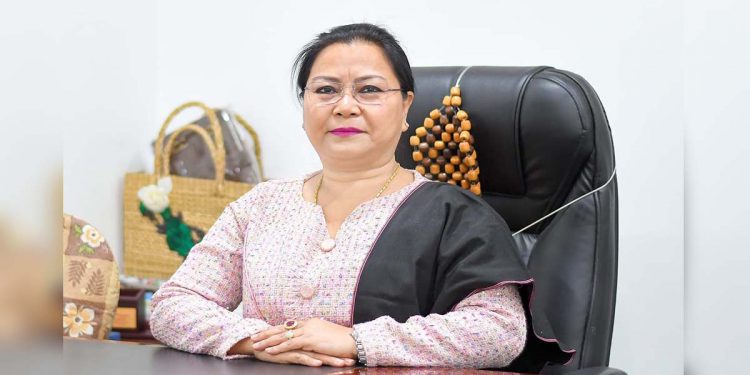 Manipur social welfare minister Nemcha Kipgen, who tested positive for COVID19 in the last month-end, has tested negative for the virus.

In a tweet, minister Kipgen wrote: “I got myself tested again for COVID-19, and the report came back negative this time. I wish to express my sincere gratitude to the KPI district medical team, Dr Lokeswar, JNIMS, to my well-wishers & to those who prayed for my speedy recovery.”

Kipgen became the first minister in Manipur to test positive for COVID19 and recover from the disease.

In the past 24 hours, Manipur reported 76 new recoveries from COVID care facilities. Subsequently, the recovery rate of the state climbed to 72.27%.

So far, 4,975 persons, out of the total 6,883 COVID19 positive cases, have recovered and discharged from various COVID care centres in the state, the spokesperson of the health department said in a press release.

The cumulative number of CVID19 positive cases is 6,883.

The cumulative number of recovered cases is 4,975 while the number of active cases stands at 1,872.

A total of 160 persons including 46 females from the general population and 24 from the Central Armed Police Forces were confirmed positive in the past 24 hours in Manipur, the release said.

A total of 6 infected patients from Noney are returnees from other states while the rest 154 are locals without any significant travel history.

They are being shifted to COVID care facilities, the release stated.

In the last 24 hours, one person (male) expired at JNIMS due to COVID19 and other co-morbid conditions, it said adding that the cumulative number of deaths is 36.